The Army is looking into a new uniform item for psychological operations soldiers in its special operations units, and it may or may not be a grey beret 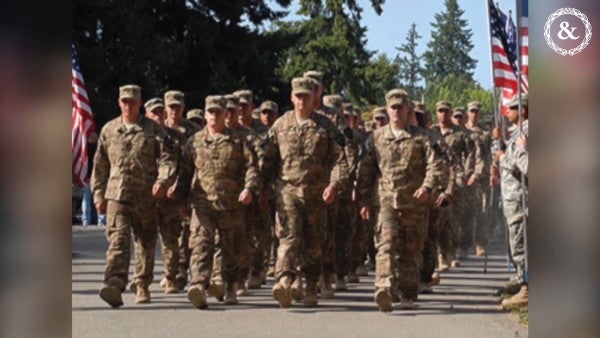 The Army is looking into a new uniform item for psychological operations soldiers in its special operations units, and it may or may not be a grey beret.

The search for a DUI is in its beginning stages and hasn't been approved, Army Special Operations Command spokesman Lt. Col. Loren Bymer said in a statement. It hasn't even been pitched to Maj. Gen. Patrick Roberson, the commanding general of the John F. Kennedy Special Warfare Center and School, just yet.

“In a move to more closely link Army Special Operations Forces, the PSYOP Proponent at the U.S. Army John F. Kennedy Special Warfare Center and School is exploring the idea of a distinctive uniform item, like a grey beret, to those Soldiers who graduate the Psychological Operations Qualification Course,” Bymer said in a statement.

At the end of October, the 5th Battalion, 1st Special Warfare Training Group posted a photo on Facebook of the potential beret claiming that there “are currently no plans to implement a distinctive head gear for PSYOP. It has been an ongoing discussion, but it has not been officially proposed to the command, and has not been approved.”

However, Bymer said that the post “incorrectly identified a grey beret as the new distinctive unit headgear” for PSYOP soldiers.

Soldiers with Army Special Forces currently wear green berets, while Rangers wear tan, paratroopers are in maroon, and the rest of the force rock black.

Nothing has been recommended to Maj. Gen. Roberson, but Bymer told Task & Purpose that if approved, the DUI would be available to soldiers who complete the Army Special Operations Forces PSYOP Qualification Course that includes a SOF PSYOP module.

The approved uniform item may also end up with to soldiers already serving in SOF PSYOP units.