The U.S. military has not issued any warnings about using the highly popular Chinese-owned social media app TikTok in the wake of reports that the U.S. government has launched a review into possible national security risks. 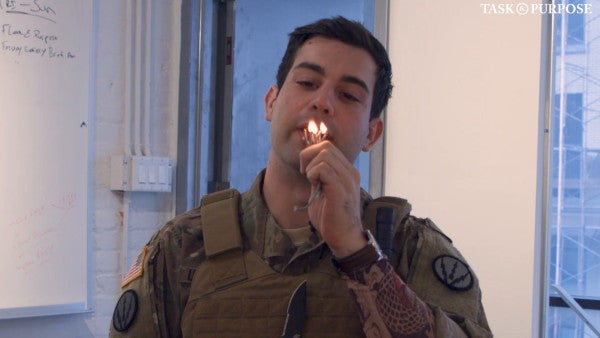 The U.S. military has not issued any warnings about using the highly popular Chinese-owned social media app TikTok in the wake of reports that the U.S. government has launched a review into possible national security risks.

Schumer told the New York Times on Nov. 1 that the security review is a “validation of our concern that apps like TikTok — that store massive amounts of personal data accessible to foreign governments — may pose serious risks to millions of Americans.”

The music video app, owned by Beijing-based ByteDance, is so popular among young people that U.S. Army Recruiting Command began using the app last year to connect with Generation Z. The command made social media part of its new recruiting strategy last year when it missed its annual recruiting goal by 6,500 soldiers. The service announced in September that it surpassed its recruiting goal for fiscal year 2019.

“My recruiters find it extremely helpful, when it comes to putting short videos together, to promote the Army and a recruiting message … associated with music,” Maj. Gen. Frank Muth, commander of Recruiting Command, told Military.com Wednesday.

Recruiters were given permission to use a multitude of social media platforms last summer, including TikTok, Muth said, stressing that the Army has not given any guidance on the use of TikTok.

“If we are given guidance to stop using it, we will absolutely do that,” Muth said.

The Army told Military.com that it has not issued any specific guidance to the force on the use of the TikTok, said Army spokeswoman Lt. Col. Robin Ochoa.

The Army is not alone in its position. Air Force, Navy and Marine Corps officials told Military.com that they have not issued any guidance on TikTok.

“The threats posed by social media are not unique to TikTok (though they may certainly be greater on that platform), and DoD personnel must be cautious when making any public or social media post,” the guidance states.

All DoD personnel are required to take annual cyber awareness training that covers the threats that social media can pose, according to the Defense Department statement.

Schumer and Cotton, who sits on the Senate Intelligence Committee, wrote a letter to Acting Director of National Intelligence Joseph Maguire, asking for an assessment on the national security risks posed by TikTok and other China-based social media platforms, the Washington Post reported.

“With over 110 million downloads in the U.S. alone, TikTok is a potential counterintelligence threat we cannot ignore,” the letter stated, according to the Post.