Army To Implement Changes To Basic Training Next Month

Starting Oct. 1, the Army’s 10-week basic training will incorporate a number of new tests that will be mandatory for... 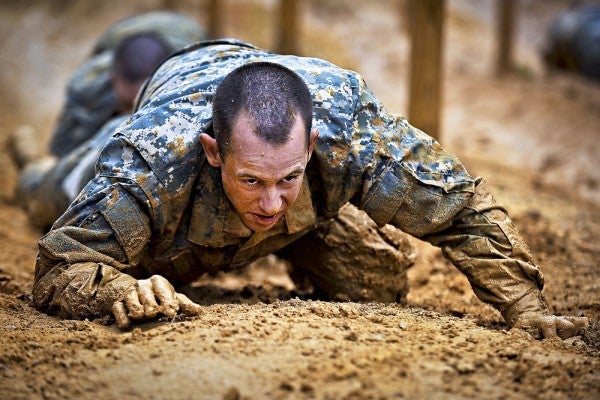 Starting Oct. 1, the Army’s 10-week basic training will incorporate a number of new tests that will be mandatory for graduation, including peer evaluations and a series of treks culminating in a timed 16-kilometer ruck march.

The service will be bringing back phase testing — which has been gone since 2004 — requiring trainees to pass tests at the end of each training block before moving on to the next phase. The Broken into three phases — red, white and blue — the red and white phase are three weeks each, and blue, the final phase, is four weeks.

Peer evaluations will be conducted at the squad level and will be used to help young soldiers better understand their strengths and weaknesses.

“Those who repeatedly make the same mistakes, we’re going to discharge them,” Command Sgt. Maj. Dennis Woods told Army Times, the senior enlisted soldier for the Center for Initial Military Training. “Those who meet the standards will graduate. Those who don’t meet the standards won’t. What this gives the force is assurance that the quality of what’s coming through is there.”