The Army's review comes after three soldiers were killed at Fort Stewart recently when their Bradley Fighting Vehicle fell from a bridge and landed upside down. 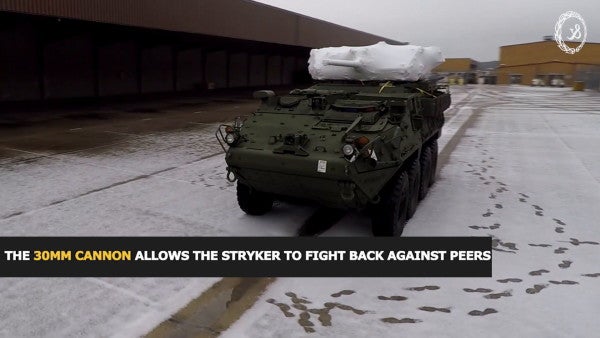 Two Army commands responsible for training soldiers will assess whether changes are needed in the wake of a fatal vehicle accident, the service's top civilian leader said.

Officials with Army Forces Command and Army Training and Doctrine Command will review training protocols after three soldiers were killed in Georgia when their Bradley Fighting Vehicle fell from a bridge and landed upside down in a stream on Sunday.

“One of the things we always do is step back and … do an evaluation,” Army Secretary Ryan McCarthy told journalists on Friday at the 2019 Military Reporters and Editors conference outside Washington.

It was one of several recent fatal military vehicle training accidents. A soldier recently faced an Article 32 hearing over his alleged role in a fatal accident that killed a West Point cadet earlier this year.

McCarthy said the Army has been assessing the safety of its training since last fall as part of a review directed by then-Defense Secretary Jim Mattis. Now the Government Accountability Office will also investigate what's behind at least eight Army and Marine Corps training deaths this year, Medill News Service reported on Friday.

The investigation, which was requested by two congressional committees, will look at whether those operating vehicles in recent accidents have been adequately trained and at the mission-capable rates of the equipment, Medill reported.

McCarthy said the Army will support the watchdog agency's investigation.

The Marine Corps is also reviewing its safety procedures, Capt. Christopher Harrison, a Marine spokesman at the Pentagon, said. A Marine private first class was also killed in a separate Sunday vehicle accident at a California mountain warfare training base.

“The Marine Corps regularly reviews processes and procedures to improve and ensure the safe conduct of operations across the fleet,” Harrison said. “A large part of this challenge involves educating Marines at the tactical level to ensure mission accomplishment through aggressive force preservation.”

The service, he added, provides Marines with guidance and resources on proven mishap prevention measures.

The Marine Corps has had at least seven on-duty vehicle training accidents this year. Six of those have resulted in deaths or injuries.