These award upgrades are the final set of actions for the Army in light of a Pentagon-wide review of combat awards given after Sept. 11, 2001, launched in 2016 by then-Defense Secretary Ash Carter 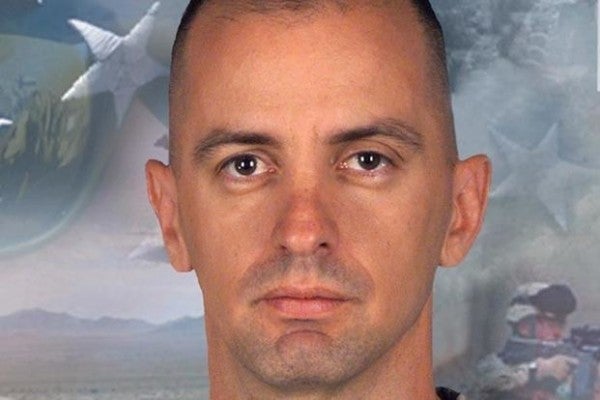 The Army will present the Distinguished Service Cross on Friday to family members of a paratrooper who sacrificed his life for his fellow soldiers in Afghanistan, one of 12 upgrades to the nation's second-highest award for valor the service plans to make following a detailed award review.

The 173rd Airborne Brigade's Maj. Thomas Gordon Bostick, who was killed March 27, 2007, protecting his soldiers in an enemy ambush, is one of five upgrades from the Silver Star to the DSC the Army has announced so far.

Army officials told Military.com recently that the service plans to upgrade the Silver Stars of seven more soldiers to the Distinguished Service Cross

These award upgrades are the final set of actions for the Army in light of a Pentagon-wide review of combat awards given after Sept. 11, 2001, launched in 2016 by then-Defense Secretary Ash Carter. The review, intended to ensure that acts of valor from contemporary conflicts receive appropriate recognition, included an estimated 1,100 awards. Army officials would not disclose how many service awards were evaluated as part of the review.

“In recognition of their gallantry, intrepidity and heroism above and beyond the call of duty, 12 Soldiers will receive the Distinguished Service Cross, the nation's second-highest award for valor,” Army spokesman Lt. Col. Emanuel Ortiz said in a written statement. “Previously recognized for their bravery by award of the Silver Star, the Department of Defense upgraded the soldiers' medals as part of a comprehensive review of commendations for heroism in Iraq and Afghanistan.”

In addition to Bostick's posthumous award, the Army has scheduled medal upgrade ceremonies for:

Army officials declined to release the names of the other seven soldiers who will receive medal upgrades.

“To preserve the integrity of the review, we do not release specific details about the internal staffing process,” Ortiz said.

During a vicious enemy ambush in the mountains of Afghanistan, Bostick positioned himself between the enemy and his exposed soldiers, according to an Army summary of the action.

Bostick continued to fight off the enemy under “continuous small-arms and rocket-propelled grenade fire” until he was killed, the summary states. “Bostick's selfless actions ensured his soldiers had sufficient time to retreat through the hazardous terrain in order to seek cover and survive the attack.”

Bundermann received the Silver Star for his actions on Oct. 3, 2009, during the attack on Combat Outpost Keating. Then a first lieutenant, he was acting commander of B Troop, 3rd Squadron, 61st Cavalry Regiment.

He directed indirect fire on enemy positions that were attacking Keating from a nearby village, according to an Army summary of the actions that day. But as the battle wore on, Bundermann had to make quick decisions to deal with enemy fighters within Keating's perimeter.

“Realizing his soldiers were distributed in extended outer positions and the enemy had control of several positions in the combat outpost, he reallocated his forces and made the tactical decision to focus the attack on the enemy forces within the perimeter of the outpost,” the summary states. “Having redirected his forces, he led a bold counterattack, which cleared the enemy from several critical positions and ultimately led to a successful defense of Combat Outpost Keating.”

Bundermann served five years in the Army before being honorably discharged in August 2012.

Cowart, a former member of the 1st Cavalry Division, is receiving his upgrade to DSC for saving three fellow soldiers from a suicide bomber on a May 13, 2007, combat patrol in Iraq.

At a traffic stop, Cowart wrestled the suicide bomber away from his unit members before the bomb exploded. He was severely wounded in the blast, but his actions saved the three soldiers' lives, according to an Army summary of the action.

“Due to his ability to discern the threat to his comrades and his utter disregard for his own safety, Sgt. Cowart was able to prevent further injury to his fellow soldiers and nearby civilians,” the summary states.

Debolt, an infantryman with 2nd Battalion, 2nd Infantry Regiment, showed “extraordinary heroism” during an enemy attack on his convoy on Sept. 4, 2008, in Afghanistan.

The attack started when the lead elements of the convoy began receiving enemy small-arms fire.

“Debolt maneuvered his vehicle off the main road in order to provide effective supporting fire,” according to an Army summary of the action. “While maneuvering, his vehicle struck an improvised explosive device and was almost immediately engulfed in flames.”

Debolt, while on fire himself, extracted one of his fellow soldiers, pulling him away from the flaming wreckage, the summary states. Despite his own burns, Debolt “extinguished the flames that were rapidly engulfing his comrade's body” while they remained under heavy enemy gunfire.

Debolt then pulled another soldier from the burning vehicle, extinguished his burning clothing and continued to engage the enemy despite his own burns, the summary states.

“His courage under fire and disregard for his own well-being at the start of a concerted enemy ambush helped save the life of one of his fellow soldiers while helping to prevent serious injury to another, the summary states.

Debolt served four years in the Army before being honorably discharged in 2011.

Booker is credited with giving his own life to protect his platoon's flank during the 3rd Infantry Division's Thunder Run assault on Baghdad in April 2003.

Under heavy enemy fire, Booker took up an exposed prone position on the top of his tank after both his and his crew's machine guns malfunctioned, according to an Army summary of the action.

“As he remained exposed, SSG Booker identified an enemy troop carrier, which was attempting to bypass his tank, but within seconds engaged the enemy vehicle and destroyed it prior to the enemy troops dismounting,” the summary states. “SSG Booker's fearless attitude and excitement over the communications network inspired his platoon to continue the attack and assured them and leadership that they would defeat the enemy and reach their objective safely.”