The prosecutor called it a "horrifying and horrible crime." 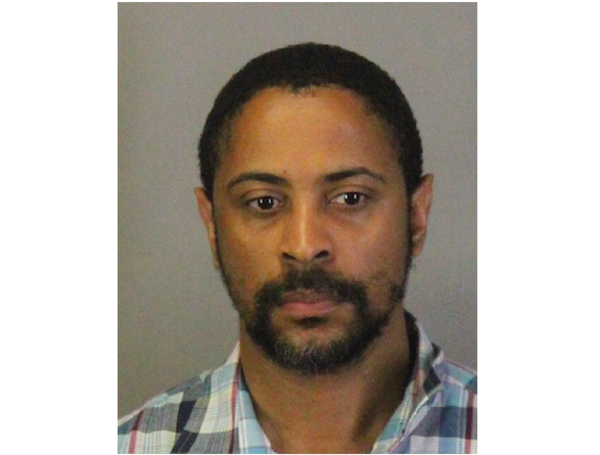 A driver intentionally plowed his car into a crowd of people in Silicon Valley because he thought at least some of them were Muslim, authorities said Friday, in what a prosecutor called a “horrifying and horrible crime.”

“New evidence shows that the defendant intentionally targeted the victims based on their race and his belief that they were of the Muslim faith,” Phan Ngo, chief of the Sunnyvale Department of Public Safety, told reporters Friday.

“There is very appalling and disturbing evidence that at least one or two of these victims were targeted based on the defendant's view of what their race or religion may have been,” said Jay Boyarsky, Santa Clara County chief assistant district attorney.

“We are going to hold this man accountable for the horrific crimes that he committed,” Boyarsky said.

Eight people were injured in the crash Tuesday evening, including a 13-year-old girl. The girl, in a coma with severe brain trauma, was injured along with her father and 9-year-old brother.

“Our hearts are with her and her loved ones as we pray for her recovery,” Ngo said.

The boy suffered minor injuries, escaping greater harm when he was pulled out of the path of the car by his father, police said.

The suspect, Isaiah Joel Peoples, 34, a U.S. Army veteran, has been charged with eight counts of attempted murder, with four of them also alleging that they caused great bodily injury. If convicted, he faces a maximum potential sentence of life in prison.

Peoples did not enter a plea during a court hearing Friday at Santa Clara County Superior Court; he was held without bail.

According to police, witnesses said Peoples appeared to accelerate as he headed westbound on El Camino Real and then veeredinto a crosswalk, striking pedestrians crossing South Sunnyvale Avenue as well as people on a sidewalk. He then crashed into a tree, police said, and a witness recalled Peoples saying afterward: “Thank you, God.”

The suspect has shown no remorse to police, Ngo said.

Peoples' lawyer, Chuck Smith, said Peoples is religious and prays for and cares for the injured, and disputed the assertion that the crash was intentional.

“This act clearly was a product of some mental disorder or some mental defect that caused this to happen,” Smith told reporters after the court hearing.

Smith said Peoples served this country “honorably and admirably” during wartime, “and he's led an otherwise blameless life. So there's no explanation for this other than his service, the things he saw and what happened to him mentally while serving our country.”

Veterans with post-traumatic stress disorder and other mental disorders “deserve not to simply be locked up, but rather treated and helped,” Smith said.

Peoples' mother, Leevell Peoples of Sacramento, said she couldn't imagine any situation in which her mild-mannered son would deliberately crash into innocent people other than something related to the PTSD she said he experienced after serving in the Army in Iraq. The mother said her son received inpatient treatment for PTSD in 2015.

Peoples was born in San Francisco, Ngo said. He served as a civil affairs specialist in the Army Reserve from March 2004 through July 2009, attaining the rank of sergeant, according to an Army spokesman. He was deployed to Iraq from June 2005 through May 2006. Ngo said he was honorably discharged.

Now a resident of Sunnyvale, Peoples works as a finance auditor as a contractor for the U.S. Department of Defense, Ngo said.

A review of Peoples' social media accounts by police uncovered two Facebook accounts, which showed “nothing of significance,” Ngo said. Ngo said that on the day of the crash, Peoples had picked up some food and had been on his way to deliver it to his Bible study group when the crash occurred.

Peoples has no criminal history and no history of contact with the Sunnyvale Department of Public Safety, except when he reported a lost item in February 2018, Ngo said.

Police found an inoperable and disassembled shotgun in the trunk of Peoples' car.

Authorities declined to provide additional details of what led them to believe the attack was caused by the suspect's alleged belief the victims were Muslim. They also did not answer a question as to whether the attack was planned or was a spur-of-the-moment decision.

The victims were a diverse group, according to authorities; not all of them knew one another.

“There were eight people that were injured, and the ethnicity and the color of the people's skin and their gender — it represents the amazing and wonderful diversity of Santa Clara County,” said Boyarsky, the prosecutor. “If there is evidence that warrants the filing of a hate crime enhancement on this case … I guarantee you we will file such a charge.

“We have zero tolerance for any sort of hate crime,” Boyarsky added. “When a crime is committed because of someone's nationality or their race or their religion, it's not just that individual victim that is hurt. It's our entire community. And our entire community stands united against hatred and bigotry.”

Zahra Billoo, executive director of the Bay Area office of the Council on American-Islamic Relations, said she was horrified after hearing about the conclusions announced by the authorities. There has been a rise in hate crimes — nationally and in California.

“For this to happen in a progressive and diverse region like the … Bay Area is a reminder that no one and no region are exempt from the trend that we are seeing across the country,” she said. “That there's a possibility that this was motivated by anti-Muslim bias is very concerning.”

Authorities haven't released information on the religion of the crash victims.

Six of the crash victims are from Sunnyvale; the other two reside in Santa Clara.

Sunnyvale is the Bay Area's seventh-largest city, with a population of about 153,000. It has a reputation as a quiet suburb, transformed from a land of orchards to an area for aerospace, defense and technology. The city's largest employers include Google, Lockheed Martin Space Systems and Apple.

SEE ALSO: Navy launches safety review after 2 recruits die at boot camp in as many months