“Right now, it’s probably pretty brutal for them ... We just wanted to make sure people knew they were appreciated." 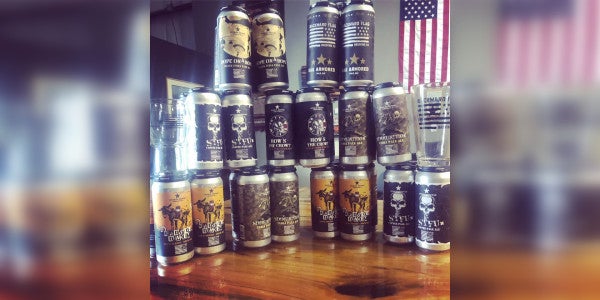 Torie Fisher knows what it feels like to be appreciated.

The founder and head brewer at Backward Flag Brewing Co. in Forked River previously served two tours in Iraq and remembers how good it felt to receive something while deployed overseas, like a thank-you card from kindergarteners.

So she decided to return the favor and show those on the frontlines of the coronavirus pandemic some appreciation: Fisher donated 30 gift cards from the brewery to the ER nurses at Southern Ocean Medical Center on Sunday.

“Right now, it’s probably pretty brutal for them,” she told NJ Advance Media. “We just wanted to make sure people knew they were appreciated for doing the things they’re doing.”

“Our nurses and our hospital workers are basically the front line of what’s going on,” she added. “So it definitely shouldn’t be forgotten.”

The gift cards—complete with a hand-written note addressed to the “hard working heroes” from Fisher and worth $10 each—are for the nurses to get a couple beers when they have the time, or once the brewery’s space to sit inside reopens.

Mariah Fannan, the brewery’s sales manager, thought of the idea, Fisher said, when she saw other businesses showing appreciation, like delivering pizzas.

“We can’t send beer, but we can send gift cards for them to have beer later, and that’s really what sparked it,” Fisher said of the idea.

“I wish I could hug you, but I can’t touch you”

The pair personally delivered the cards to the hospital Sunday afternoon and met with one of the grateful nurses. Fannan said the nurse was covered in scrubs from head to toe, along with a plastic visor, goggles, and a mask.

“(The nurse) said something along the lines of, ‘I wish I could hug you, but I can’t touch you,’” she recalled.

Backward Flag Brewing Co. is a veteran- and women-owned business that opened in 2015. Fisher said she started the business while still in the military.

The brewery is open for takeout and delivery, Tuesday through Sunday, from 1 p.m. – 8 p.m. Fisher also mentioned tips are appreciated since her drivers are temporary employees—she’s hired people who are currently out of work, like bartenders or kitchen employees.