The Army veteran who killed five police officers in downtown Dallas last month told military medical staff that he was... 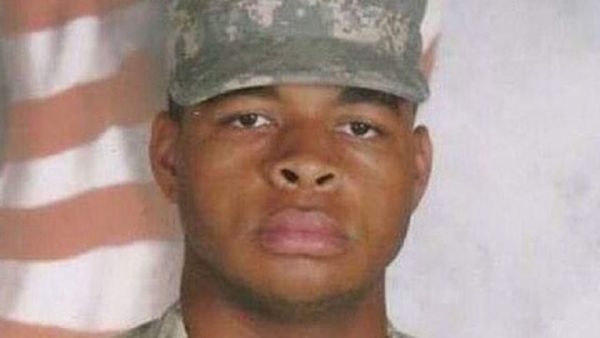 The Army veteran who killed five police officers in downtown Dallas last month told military medical staff that he was having serious psychological problems shortly after he returned from Afghanistan in 2014.

The sounds of mortar fire echoed in his head, Micah Johnson complained to Veterans Affairs workers, and he suffered from insomnia, paranoia and panic attacks.

He said he was angry all the time. “I feel stress, anger, road rage, my heart feels like someone is pinching it,” he said, according to a mental health history taken by the Dallas VA in August 2014, the month after he arrived back in the U.S.

An evaluation described him as having symptoms of post-traumatic stress disorder, and noted he was taking anti-anxiety and anti-depression medicines. But he denied being “homicidal or suicidal,” one entry said, and was not prescribed anti-psychotic drugs.

The VA released Johnson's medical records to The Dallas Morning News in response to a request under the federal Freedom of Information Act.

They cover a period between July and October 2014, when he was receiving medical treatment and counseling from the Dallas VA Medical Center.

His father did not respond to a request for comment, and his mother could not be reached.

Johnson's mental health after he returned from active duty — and the Army's handling of his case — have come under scrutiny since he went on the shooting rampage on July 7. While nothing he experienced could justify his crime, some experts say that understanding his path before the shooting could help prevent future tragedies.

Johnson, 25, began shooting police officers at the conclusion of a peaceful protest about police killings of black men nationwide. He was ultimately killed by a police robot carrying an explosive after a standoff in which he barricaded himself on the second floor of El Centro College.

The VA medical records show that Johnson was given information about a PTSD class and referred to a veterans center in Mesquite, where he lived with his mother.

In October 2014, Johnson asked to delay a PTSD assessment, saying he was working full time and also remodeling his mother’s house. In November 2014, he did not go to an appointment, the records said. It’s unclear from the records what happened after that.

'Anxious all the time'

Johnson was already experiencing mental problems in Afghanistan. During the middle part of his deployment, he had problems sleeping and was “anxious all the time,” the report said.

Though he worked as a carpenter in an engineering brigade, he was stationed at a base that received daily mortar fire.

He said he saw one soldier blown in half and another one shot in the chest multiple times, with blood gushing out. He said he was unable to block out these memories.

Johnson was referred to the Dallas VA Medical Center in July 2014 while at Fort Dix, N.J., where he first ended up after leaving Afghanistan. The initial assessment of his condition was listed as “adjustment disorder with mixed disturbance of emotions and conduct.”

His plan was to find a job in construction, according to his VA records, with a long-term goal to become a self-defense instructor, though he had a hard time working because of back pain.

Johnson also expected he would feel better after leaving Afghanistan, his medical records indicated, and was excited to hang out with friends. But one outing at a restaurant was disappointing: “We had to leave early because I had a panic attack,” Johnson told a VA social worker.

Although he didn't get formal diagnoses of depression or PTSD, Johnson had the symptoms, said retired Army Col. Carl Castro, a University of Southern California psychologist who does research on PTSD and who reviewed Johnson's records for The News.

That said, “there's nothing in this record that would indicate to me that this veteran would become extremely violent.”

Johnson's records list no psychotherapy for PTSD. Treating that disorder with antidepressants is common, but research increasingly shows that medication is not very helpful, Castro added.

According to his health records, Johnson described his childhood as “stressful,” noting his parents divorced when he was young. His response to a question about “sexual/physical/emotional abuse history” was blacked out in the medical records.

While he was serving in the Army Reserves but before he was deployed, Mesquite police noted Johnson showed signs of mental distress. According to a police report, Johnson walked into police headquarters in January 2011 looking “visibly upset and bouncing from side to side,” records show.

At the time, Johnson said he was upset because “he was lied to by a female friend of his.” A different friend agreed to tell his Army superiors about the incident, but it’s unclear if the unit was ever notified.

Johnson was sent home early from Afghanistan after a female soldier, a close friend of his, accused him of stealing her underwear and filed a sexual harassment claim against him.

The military investigator assigned to the incident found that the underwear theft did not constitute sexual harassment, but that Johnson had made harassing comments and Facebook posts.

After his return, one of Johnson's complaints to the VA was that he could no longer play one of his favorite video games, Call of Duty, because it triggered his anxiety.

“The battle cries, shooting and mortar strikes disturbed me,” he said. “I started panicking. I had to shut off the game and go outside for a while to calm myself down.”