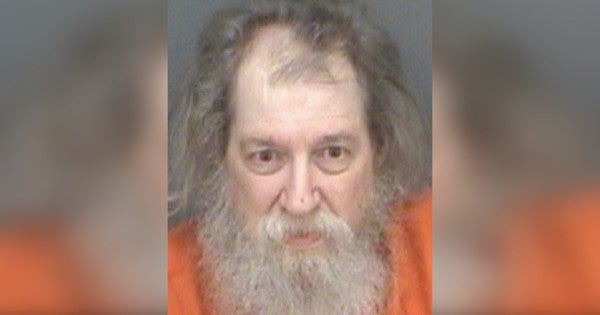 An Army veteran was arrested after he allegedly planted a bomb at a Veterans Affairs hospital in Florida and continued to make more devices at home, officials said.

Mark Edward Allen, 60, was charged Tuesday with possession of unregistered explosive devices, the U.S. Attorney's Office for the Middle District of Florida announced.

Authorities were first alerted to the improvised explosive device (IED) in late May after receiving a call from the Veterans Affairs hospital in Bay Pines about a suspected bomb, according to a criminal complaint.

A bomb squad determined the device contained a 9-volt battery, electrical wires, an improvised initiator, unknown powder and a clothespin switch, the complaint read. All of the components are typically used to construct IEDs.

Bomb technicians rendered that the device was safe. FBI members then obtained video surveillance footage showing a man leaving the IED at the hospital around 5 a.m. on May 29.

Two days later, during the investigation into the first bomb, they were alerted of another.

A woman called to say that her husband, identified as Allen, made another IED at his home, according to the complaint.

The woman, who was not identified, said when Allen was sleeping she put the IED in the trunk of her car and drove it to a friend's house nearby “because she was scared.”

Officials determined that the second IED was similar to the one found at the hospital and that Allen, of St. Petersburg, was responsible for them, the attorney's office said.

A database search showed that Allen did not register any of the devices in the National Registration and Transfer Record, as required by law, according to the attorney's office.

He made his initial court appearance after his arrest Tuesday. If convicted, he faces up to 10 years in federal prison.

SEE ALSO: A VA Worker Survived A Shooting At His Hospital. Now He's Stuck In A 'Bizarre' Maze Of Federal Workers' Comp Claims