Just days before Joshua Stiles fatally shot his wife and took his own life, the 30-year-old Army veteran from Alabama... 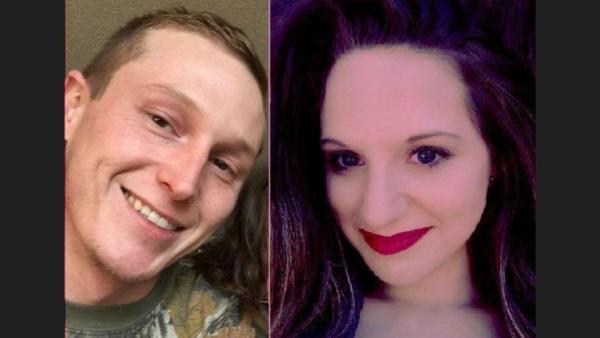 Just days before Joshua Stiles fatally shot his wife and took his own life, the 30-year-old Army veteran from Alabama sought mental health treatment, only to be turned away.

“It shouldn't be this hard to get help,” said Stiles' sister Jennifer Johnson. “He was trying to get help to be a better person, a better husband, a better man, a better father.”

Stiles had been suffering with PTSD, depression and anxiety for years before he shot his 22-year-old wife, Brittney Stiles, in front of her sister and their 2-year-old daughter, Mary Jane, in Russellville. Josh Stiles fled the scene and killed himself after a police chase this past Tuesday, according to authorities.

Johnson said her brother contacted a mental health treatment facility in Russellville several days before the murder-suicide but was told he would have to make an appointment. Johnson said she called Decatur Morgan Hospital hoping a bed would be available for Josh, who was willing to voluntarily commit himself for psychiatric treatment. But, there were no spaces open. Hospital spokeswoman Leigh Hays did not answer a request for comment.

“They said they would send him some paperwork to fill out,” Johnson said. “They said if he was feeling suicidal he should go to the emergency room. At that moment, he wasn't feeling suicidal. He just knew he was struggling with PTSD and depression.”

Joshua Stiles' story is the most recent in a series of cases highlighting a mental health crisis in Alabama. The closure of several psychiatric treatment facilities has left the state, which is experiencing a shortage of funding, also without enough beds to house mental health patients in hospitals and other care centers. In 2016, AL.com published an in-depth series of stories detailing the crisis and steps being taken to address it.

Amy Burks, a VA social worker, said mental illness is common among veterans, who experience some of the highest suicide rates at about 20 deaths per day.

“We've got to do better at educating veterans about what we can do to help them when they leave military service,” Burks told AL.com. Of the 20 veterans who die by suicide each day, an average of 14 aren't being treated by the VA.

Jeffrey Hester, a VA spokesman, said Josh Stiles was not a patient in the agency's system and told AL.com he could not comment on individual cases for privacy reasons.

The VA offers comprehensive mental and physical health treatment for veterans, but many of them don't hear about the availability of care, Burks said. Alabama's VA headquarters is located in Birmingham, but community centers are open in nine other cities, including Huntsville.

In Huntsville, a full staff of mental health workers, including counselors and psychiatrists are available for crisis management — even assisting walk-in patients, Burks said. The professionals are trained to support veterans experiencing PTSD, depression, anxiety, marital problems and other stressors.

Burks said walk-in patients do not have to be enrolled in VA care, but to continue treatment they would need to qualify.

'He just came back different'

Johnson said her brother had been suffering with PTSD for years — even before his military service in Afghanistan because their childhoods weren't ideal.

“He always blamed himself and felt guilty for what his father did,” Johnson said.

Josh and Jennifer spent a stint of their childhoods in foster care before going to live with their grandparents.

“He grew up feeling like his mother abandoned him,” Johnson said. “But that was not really the case. That's just what we thought when we were kids. We've been very close with her since we've been adults.”

After Josh joined the military in 2012, his mental illness only became more severe, Johnson said.

“He just came back different,” Josh's sister said of his life after the Army.

“Mental health issues are compounded for veterans who serve combat tours,” she said. “It's identity confusion when they are thrown back into civilian and family life with no road map. The system is just too hard to navigate.”

Army Sgt. Eric Shaw was Josh's team leader in Afghanistan from 2013 until Stiles was honorably discharged in 2016.

“That place will do something to you,” Shaw said. “We all battle our own little demons. He's been battling his since he was a kid. Josh was a troubled soul in the beginning of his life.”

Despite Josh's struggles, he was known a good-hearted man, according to Shaw.

“He had a big heart and he loved everybody,” Shaw said. “He would give his shirt off his back, even if that was all he had to give you. We used to sit up at night in Afghanistan and play video games and talk about life.”

Shaw said Josh joined the military in hopes of bettering himself.

“He had a bigger cause — to straighten himself out,” Shaw said. “I respected him for that. He got to serve his country freely and he never looked back.

“This event that happened, this was not Josh,” Shaw said of the murder-suicide. “This was his disease he's been battling and he just lost the fight.”

Johnson said she hopes to bring awareness to the mental health crisis that is affecting Alabama, though she doesn't see her brother's illness as an excuse for what he did.

“I'm not defending his actions,” Johnson said. “I just want people to see the mental health system is failing people. He came to me for help and I wish I could've done more. I didn't for one second think he was capable of something like that.”

Josh and Brittney Stiles had been involved in an ongoing domestic dispute for weeks before they died, police said. Brittney's sister, Amber West, has told AL.com Josh was verbally abusive toward his wife, though their arguments never became physical until the shooting.

“He just snapped,” Johnson said. “And Brittney was the most beautiful, wonderful, sweet person. It's not like I just lost my brother. She was my best friend and my sister. She did not deserve this or anything they've been through. I am heartbroken for her loss as well. I feel like I failed them both.”

Shaw said he and Josh hadn't been talking much in the days leading up to the shootings.

“He used to call me and lean on me a lot,” Shaw said. “But sometimes people need to be left alone. Josh went his own way. I was keeping up with him on Facebook and everything looked perfect.

“People think he was a monster, but he's not a monster,” Shaw added. “He was sick and he felt like he had nothing to live for.”

“Everybody received those awards in Afghanistan for our efforts,” Shaw said. “But, Josh, he never cared about the awards.”

Josh also was the father of Kinzley, an 8-year-old born to his first wife in Colorado.

“He wasn't this person,” Johnson said. “My brother would've never done this if he was in his right mind. I wish I could've saved him, and I tried. But, the mental health system just makes it too hard.”