Federal marshals Sunday afternoon recaptured the man accused last year of placing three fake pipe bombs outside a police station and a post office in South Buffalo, after he escaped this weekend from the Buffalo Veterans Affairs Medical Center. 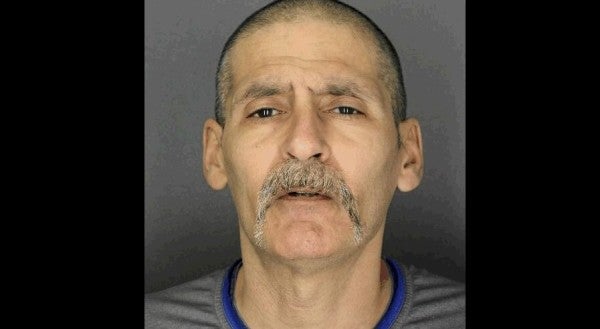 James J. Timpanaro was caught by members of the U.S. Marshals Fugitive Task Force on Dodge Street in Buffalo at about 3 p.m., one day after he left an inpatient treatment program at the medical facility on Bailey Avenue.

“The fugitive task force acted unbelievably quickly in apprehending the defendant and members are to be commended for their efforts in locating the defendant,” U.S. Attorney James P. Kennedy Jr. said in a midafternoon statement, praising Marshal Charles Salina.

The capture of Timpanaro concluded a brief manhunt that began shortly after authorities learned that the 54-year-old Timpanaro was free. Buffalo Police Capt. Jeff Rinaldo confirmed earlier Sunday that Timpanaro had “somehow left” the hospital Saturday morning, but said he did not know how. Rinaldo said authorities issued an alert for him to be picked up.

Timpanaro, a partially disabled Army veteran with a long history of mental health and substance abuse problems, is accused of placing two fake bombs outside the Buffalo Police Department's South District stationon South Park Avenue on Oct. 26, and another the next day outside a South Park Avenue post office. He was arrested in early November and charged with “conveying a hoax.”

The Richfield Avenue resident had been blocked from participating in a VA inpatient treatment program because of the failure of prior efforts, but his attorney and federal probation officials were ultimately able to secure a spot for him at the Buffalo facility, pending his trial on the federal charges.

U.S. Magistrate Judge H. Kenneth Schroeder Jr. had ordered Timpanaro released from the custody of the U.S. Marshals Service and into the VA's custody in December for pretrial detention.

Evangeline Conley, spokeswoman for the VA Western New York Healthcare System, said by email that she could not confirm or deny that Timpanaro was receiving care, but noted that the hospital is “unable to hold a person against his/her will unless the person is involuntarily admitted for psychiatric assessment and treatment.”

“In general, we work with local law enforcement in accordance with federal and state regulations,” she wrote.

In a follow-up email, Conley said that Timpanaro's admission was considered voluntary, but FBI spokeswoman Maureen Dempsey said that was not the case.

Timpanaro previously served a six-month jail sentence in 2017 for second-degree aggravated harassment after he pleaded guilty to mailing threatening material to another person. He had remained on probation until that was revoked and he was jailed for nine months beginning in February 2018 after the Erie County Probation Department filed two civil judgments against him for failing to pay $1,205 in fees and a $500 court-ordered fine.