Adam West, who donned a cape, cowl and tights to became an overnight sensation in 1966 as the star of... 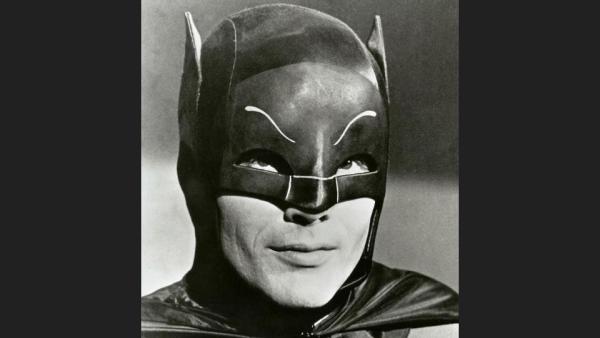 Adam West, who donned a cape, cowl and tights to became an overnight sensation in 1966 as the star of the campy “Batman” TV series, has died, his family said. He was 88.

West, who later lamented being typecast as the Caped Crusader but eventually embraced having been part of American pop culture, died Friday in Los Angeles. He had leukemia, according to multiple reports.

A former Warner Bros. contract player West was appearing in TV commercials in the mid-1960s to help pay the rent. But several commercials he did for Nestle’s Quik chocolate powder — parodies of the popular James Bond movies in which West played a dry-witted character called Captain Q — had an unexpected outcome.

They caught the attention of 20th Century Fox TV producer William Dozier, who was looking for someone to star as Gotham City millionaire Bruce Wayne and his crime-fighting alter-ego, Batman, in a farcical new series for ABC.

Based on the DC Comics character created by artist Bob Kane and writer Bill Finger in 1939, “Batman” debuted in January 1966 as a twice-weekly half-hour program.

West knew that his life would never be the same the night the heavily promoted first episode aired.

“I stopped at the market on the way home,” he told Esquire magazine in 2004. “I thought, ‘Tonight, I just want to be alone. I’ll stop, get a steak and a six pack, whatever, then go home and watch the debut of the show.’

“As I walked through the checkout line, I heard people saying, ‘C’mon, c’mon, hurry up. “Batman” is coming on!’ And I said to myself, ‘Goodbye, anonymity.’ ”

With West as the strait-laced crime fighter who spoke with what has been described as ironic earnestness and Burt Ward as his youthfully exuberant sidekick, Robin, “Batman” was a pop culture phenomenon in a decade that was full of them.

“This whole thing is an insane, mad fantasy world,” West said of the show in a Chicago Daily News interview shortly before its debut. “And my goal is to become American’s biggest put-on.”

It was high camp indeed, with fight scenes punctuated by comic book-style “POW!” “BOP!” and “WHAP!” exclamations flashing on the screen and an collection of guest-star villains that included Frank Gorshin as the Riddler, Burgess Meredith as the Penguin, Cesar Romero as the Joker and Julie Newmar and Eartha Kitt as Catwoman.

In June 1966, The Los Angeles Times reported that “Batman” had been a “life-transforming” success for West: Fan mail was arriving “by the wagonsful” — as were requests for personal appearances and even locks of his hair.

The “Batman” series spawned a 1966 movie version and a variety of merchandise, including lunchboxes, dolls and toy Batmobiles.

Both nights of the twice-weekly “Batman” were rated in the top-10 list of shows for the 1965-66 season. But as with any fad, the show’s popularity eventually began to fade.

Before his overnight stardom as Batman, West had made guest appearances on TV series such as “Cheyenne,” “Maverick” and “77 Sunset Strip” and had been a regular for a season on Robert Taylor’s series “The Detectives.”

But after “Batman” ended, West told Scripps Howard News Service in 2001, “It was a bleak time in my career because of typecasting in ‘Batman.’ I couldn’t get away from it.”

In 1986, he starred as the police captain in the 1986 NBC sitcom “The Last Precinct,” but the series was quickly canceled. He also voiced a few TV cartoon versions of “Batman” over the years and more recently provided the voice for Mayor Adam West in the animated comedy TV series “Family Guy.”

In time, West came to appreciate having played Batman.

“The reaction has been so positive and good for me that I love it now,” he told The Times in 2009. “How could I not? I would hate to be a bitter, aging actor. I’ve been so fortunate to have this opportunity to bring Batman alive on the screen.”

As for the newer, darker depictions of Gotham City on the big screen, West said they “are grim, Gothic, full of explosions, mayhem. It’s the way of things, I suppose; the whole world seems darker.”

Born William West Anderson on Sept. 19, 1928, in Seattle, West grew up on a farm outside Walla Walla, Wash., before his parents divorced and he moved to Seattle to live with his mother and her new husband.

He majored in English literature at Whitman College in Walla Walla. He later did postgraduate work in communications at Stanford University but dropped out after six weeks to take a job at a Sacramento radio station.

West, who was drafted into the Army in the early 1950s, was hosting a local daily variety show in Hawaii with a chimpanzee named Peaches and acting in community theater when a Hollywood agent saw him playing the lead in a production of “Picnic.” In 1959, West became a contract player at Warner Bros.