An Army veteran’s family wants answers after he died in jail and his brain, heart, and throat were mysteriously removed

​Two days after Army veteran Everett Palmer Jr. turned himself into Pennsylvania authorities in April 2018 for a DUI-related arrest warrant, he was dead. It's been over a year since he passed, but his family is still searching for answers 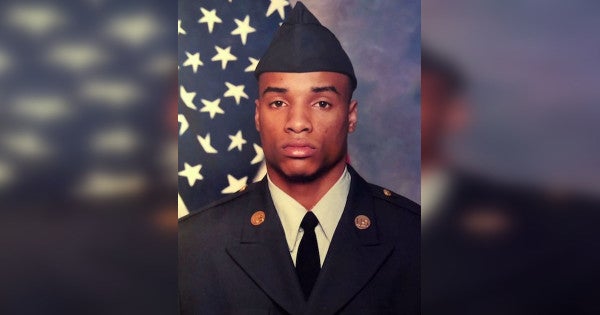 Two days after Army veteran Everett Palmer Jr. turned himself into Pennsylvania authorities in April 2018 for a DUI-related arrest warrant, he was dead. It's been over a year since he passed, but his family is still searching for answers.

Palmer was pronounced dead at a York hospital on April 9, 2018 at 5:46 a.m. at the age of 41. Beyond this small collection of hard facts, the rest of the story surrounding Palmer's death is murky.

York County Prison initially said he “became agitated and began hitting his head against the inside of his cell door.” He was then taken to the prison medical clinic, where he inexplicably became unresponsive. Palmer was transported to York Hospital, where his life ended.

A coroner later concluded that the former Army paratrooper died from “complications following an excited state, associated with methamphetamine toxicity, during physical restraint,” adding that a sickling red cell disorder might have contributed to his demise.

Authorities have yet to explain how he would have had methamphetamines in his system after spending two days in police custody.

A pathologist hired by the family, who believes the narrative surrounding Palmer's death is suspicious, reportedly determined he was the victim of a homicide.

One particularly troubling thing is that when the body was turned over to the family, it was badly bruised, and several of his body parts — namely his brain, heart, and throat — were missing.

“When we reached out to find out what happened to his organs, they initially lied,” Palmer's brother Dwayne Palmer told Spectrum News NY1. “They directed us back to our funeral director and told us that we need to confer with them because they probably took the organs.”

Palmer's brother has told reporters that he suspects Everett's death was a homicide.

An attorney working with the family said that this “makes no sense, unless you're trying to maybe avoid people knowing how he died.” Marlon Kirton, the attorney, reportedly suggested that death could have been the result of asphyxiation.

The family has rejected the possibility that Palmer took drugs in prison or that he would have slammed his head into his cell. His mother, Rose Palmer, told reporters that her son “was not a troublemaker.”

Palmer, reportedly under the influence, crashed a Honda Accord in 2016 but failed to show up in court, leading a judge to issue a warrant for his arrest in Pennsylvania where the accident occurred. Palmer, who was living in Delaware and working as a personal trainer, turned himself in after learning about the warrant, the Queens Daily Eagle reported.

The family was shocked when they got the call that he was dead two days later.

SEE ALSO: A Fort Worth SWAT Team Shot And Killed An Army Veteran With Ptsd For Brandishing A Rifle. It Was Actually A Flashlight