An Army combat veteran from upstate New York has been found guilty of a double homicide in which he shot and killed his wife and a state trooper. 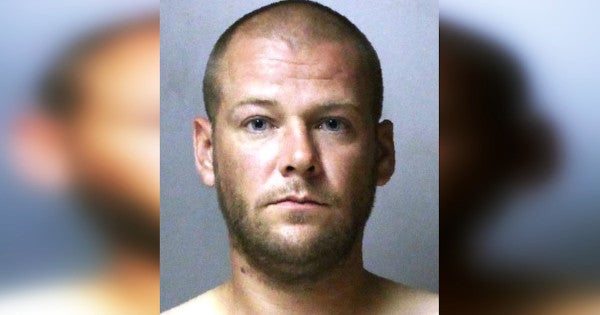 An Army combat veteran from upstate New York has been found guilty of a double homicide in which he shot and killed his wife and a state trooper.

Justin Walters, 32, who served as an infantryman during two tours in Afghanistan, shot his wife Nichole Walters, 27, multiple times on July 9, 2017. Nichole died of her wounds inside the home, located in Theresa, about 80 miles outside of Syracuse.

Walters also fatally shot 36-year-old Joel Davis, a trooper and married father of three who had responded to the home.

A jury found Walters guilty Wednesday morning on 52 counts – including two counts of first-degree murder, as well as attempted murder, assault, and criminal possession of a weapon. He did not display a reaction when the verdict was read.

Rather than argue that Walters had not committed the crime, his attorney Ed Narrow, argued – along with a psychiatrist, his only witness – that Walters was not responsible for the crimes due to PTSD, alcoholism and childhood trauma, rendering him incapable of controlling himself on that tragic night, WWNY-TV reported.

Davis, who had been a member of the force for four years, was responding to a 911 call citing an argument at the residence.

Upon arrival, he heard gunshots and ordered backup. Though he reached for his own weapon, a semi-automatic rifle, he was shot in the chest before he could defend himself, according to police. The trooper then fell into a ditch, making it difficult for his colleagues to locate him.

It wasn't until after Walters surrendered that the troopers were able to locate Davis. He was taken to Watertown's Samaritan Medical Center where he was pronounced dead within the hour.

At the time of the shootings, Walters was an active-duty soldier stationed at Jefferson County's Fort Drum. He was assigned to the 10th Mountain Division.

SEE ALSO: An Army Vet Killed Himself After Prison Inmates Allegedly Targeted Him In A Sextortion Scam