Investigators described a deadly robbery involving Wheeler and at least four accomplices, three of whom are either current or former members of the military 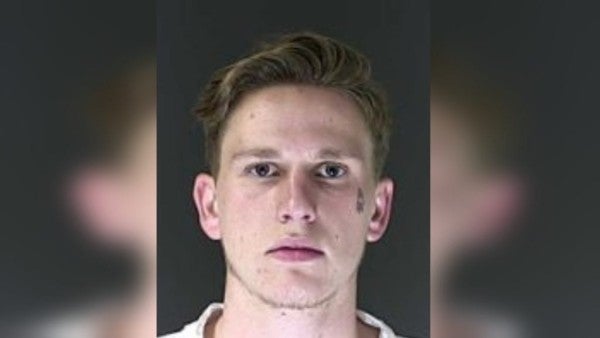 A former Fort Carson soldier was found guilty Thursday on all charges, including first-degree murder, for his role in a gun battle that left one man dead.

Tyler Lee Wheeler, 21, was accused of killing Kenyatta Horne with a shotgun loaded with birdshot during an Oct. 7, 2018, drug robbery over $800 worth of cocaine.

“It all kind of tumbled pretty quickly,” El Paso County sheriff's detective Karl Mai testified at a January preliminary hearing in 4th Judicial District Court, describing how Wheeler and a second man opened fire in the street after Horne, 20, drew a pistol.

During the exchange, Horne fired nine rounds and was hit in the chest, collapsing outside his home at 6410 Tranters Creek Way in the Lorson Ranch subdivision. An autopsy determined his wounds were from a single blast of birdshot.

At his sentencing scheduled for Jan. 13, Wheeler will receive at least life without parole with a possibility the judge could stack on extra years.

Investigators described a deadly robbery involving Wheeler and at least four accomplices, three of whom are either current or former members of the military.

Wayne Sellers, 21, described as a former Army buddy of Wheeler, is accused of firing 11 shots from a .40-caliber pistol during the botched heist, emptying his magazine but missing with each round; Kyle Robert Watts, 19, an active-duty Air Force chef at F.E Warren Air Force Base in Cheyenne is accused of serving as the driver; and Beslim Torres Valle, 19, who grew up near Horne, allegedly arranged a phony drug deal to set him up.

Sellers was found guilty of first-degree murder in October for Horne's slaying.

Wheeler's lawyer, Rose Roy, argued that Horne's fatal wound — a shotgun blast to his upper chest and right arm — would have incapacitated him, suggesting he fired first. She said that her client became the fall guy because he was the first person arrested — giving co-defendants a path to minimize their involvement.

“We were disappointed,” Roy said Thursday. “We were hoping the jury would find that (Wheeler) was acting in self-defense. … We certainly don't think it's fair for such a young person to get life without parole.”

Prosecutor Reggy Short argued a claim made by Wheeler predicting he would use his shotgun that night showed he was ready for violence.

“I think I'm going to have to use this tonight,” Wheeler allegedly told a crew of accomplices in a room at the Best Inn, 3920 N. Nevada Ave.

“We just thank and appreciate the jury for their service and obviously the hard work that they put into the deliberation effort,” Short said after the jury returned their guilty verdict.

“We especially feel this is gratifying given the significant role that Mr. Wheeler played in contributing to the death of the victim in this case.”

Several family members of Horne sat in the courtroom Thursday. As the guilty verdict was announced, Wheeler showed little emotion, but breathed a heavy sigh as he thanked his lawyers for their efforts.

“He got what he deserved,” said Horne's mother, Jakki Horne.