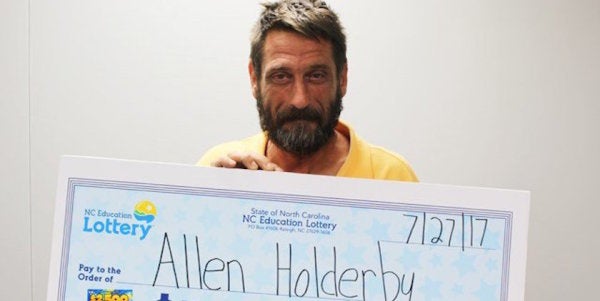 Stanley resident Allen Holderby won the $1 million prize after he bought a $2,500 Frenzy scratch-off lottery ticket from the Oakhill Deli & Grill on Oakdale Road in Charlotte.

“I couldn't believe it at first,” he said. “I started shaking. My wife didn't believe me either. When I called her, she called me a liar.”

Holderby's wife, Janet, said her husband has pulled pranks before. But once she saw the ticket, there was no questioning his authenticity.

Holderby spent 13 years in the Army.

“I've done it all,” he said. “I was infantry, special forces, a paratrooper.”

Holderby becomes the first person to win the top prize available with the $2,500 Frenzy. The game launched last month.