A Fort Worth SWAT team shot and killed an Army veteran with PTSD for brandishing a rifle. It was actually a flashlight

A Fort Worth Police Department SWAT officer shot and killed Army veteran Cody Wayne Seals, 38, on the evening of June 1 after a three-hour standoff at his home. Police said they believed Seals was pointing a rifle at them. He was holding a flashlight 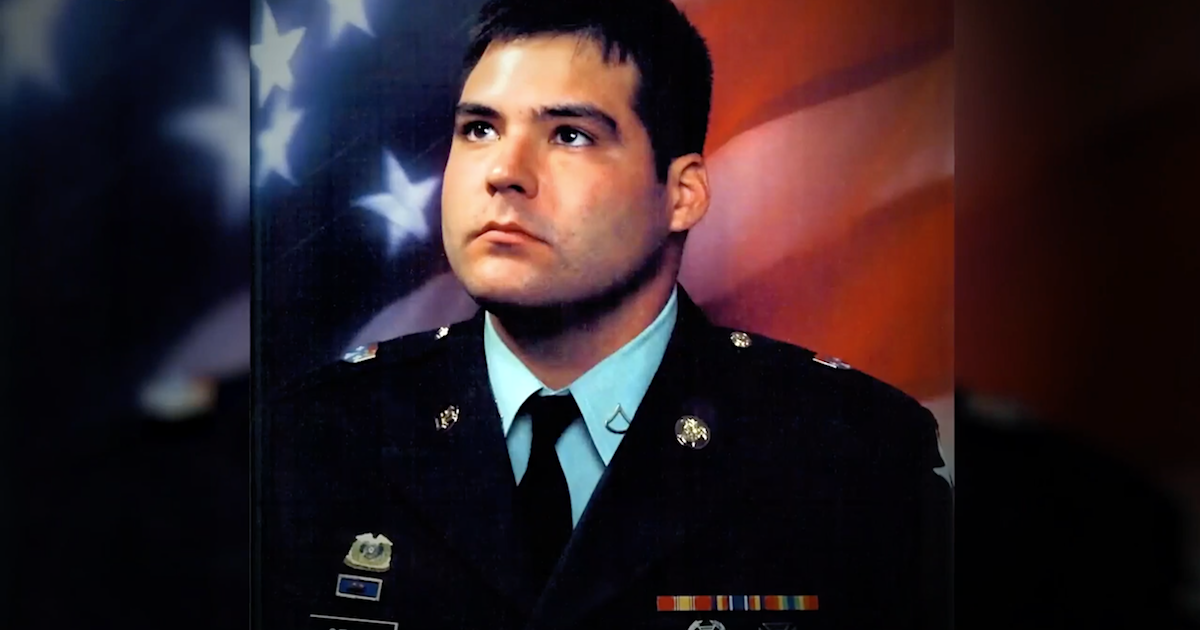 Sometimes the battles soldiers fight after they return from war are the most unforgiving, the family members of a man police killed last weekend said.

Cody Wayne Seals served in the U. S. Army between 2004 and 2008, doing more than one tour in Iraq, his mother, Sandra Seals, said.

Between 2008 and now, she got sick, her son got sick and he moved in with his father, she said.

A Fort Worth Police Department SWAT officer shot and killed Cody Seals, 38, on the evening of June 1 after a three-hour standoff at his home.

Police said they believed Seals was pointing a rifle at them.

Turns out, he was holding a flashlight.

Sandra Seals said if police would have called her, she believes she could have talked her son into surrendering, but she never got a call.

“He was a good kid, and he was a good soldier, and he's being remembered as a fruitcake,” Sandra Seals said. “It's not OK. He was a kind-hearted person. I feel like the VA does bear some responsibility because they were treating him for PTSD. But once they're done with you, they don't care.”

Police spokesman Jimmy Pollozani said he was not made aware that the mother was in the area. But Pollozani also said that other family members knew of the situation and they could have also reached out to the mother and explained what was going on.

“It's a very unfortunate situation for everyone involved,” he said.

Her son hoped his service would help him pay for college, and after college he hoped he would get married and raise a family, Sandra Seals said.

But Cody Seals was different after he came home, she said.

“He said he kept forgetting that he wasn't in Iraq,” Sandra Seals said. “He tried everything by the book and nothing happened. He was 6-4 and really strong. He could have killed someone because he had weapons. But he never would have.”

The fog of war

On June 1, Cody Seals barricaded himself inside his father's house in the 5700 block of Sixth Avenue and was in a three-hour standoff with police, who responded to a domestic disturbance call.

Seals chambered a round and pointed a rifle at officers, then locked himself inside, according to police. Police learned Cody Seals was possibly suffering from PTSD and had access to several weapons.

While officers tried to talk to him, Cody Seals came outside holding both arms out in front of him while holding a light that looked like a weapon-mounted lighting system, police said. The sun had long since gone down.

Cody Seals turned toward an officer, still locked out in a shooting stance, and pointed the light at him, which was later determined to be a flashlight, police said. Believing officers were about to be fired upon, a SWAT officer fired his weapon.

According to the Tarrant County medical examiner's office, Cody Seals died about 10:15 p.m. from a high-velocity gunshot wound to the neck.

“The Fort Worth Police Department takes the use of force seriously, especially the use of deadly force,” a statement from police department officials said. “Any and all cases of force are thoroughly investigated in order to provide thorough and conclusive findings realizing and expecting transparency is needed by all.”

Sandra Seals said the Cody Seals being portrayed to the public is not the same Cody Seals that she raised.

“He's always been the sweetest kid,” she said.

Fighting an undeclared war with illness

Cody Seals had at least two back surgeries that never seemed to relieve his pain and ulcerative colitis that required frequent examination, his mother and aunts said. Ulcerative colitis causes inflammation and sores, called ulcers, in the lining of the rectum and colon, according to Medline plus, a government health information website.

It is not clear whether his gastro-intestinal issues were service related, but Sandra Seals said he was being treated for both conditions by doctors with the Veterans Administration's Dallas facility.

“When he was feeling good, he was a real good guy, but he was in pain all the time,” Ira Seals said.

The Fort Worth Star-Telegram was unable to independently verify Cody Seals' medical history with Veterans Administration officials due to privacy laws.

His aunt, Susan Rasco-Fowler, said Cody Seals did not talk about his infirmities or his experiences in Iraq. He was in constant pain, but had not been prescribed medication to adequately cope with the pain, according to his aunt and his mother.

“Anyone who knew Cody, they know what a good person he was and knew that he wouldn't want to hurt anybody,” Rasco-Fowler said. “He tried to be strong for everyone. I guess he thought keeping things inside was being strong, and sometimes that's just not helpful.”

Another aunt, Sharon Szurgot, said her father, a Norwegian stoic, served during World War II. Her father never talked about his experiences in war and Szurgot said she believes Cody Seals modeled that behavior.

It is also possible that death was something Cody Seals may have wished for, Szurgot said.

“He was trying to carry the weight of the world on his shoulder and he needed a shoulder,” Szurgot said. “He tried to act happy and sweet around everyone. I think he just couldn't handle things anymore.”

Sandra Seals said her son did not believe in suicide, but he was in a lot of pain and he did take a lot of pills. Her son was depressed sometimes but he would come out of it, she said. Cody Seals was the son who checked on her every night and used his own money to make sure her car was running.

“He kept me afloat,” Sandra Seals said. “He was the kid who was the man of the house since he was 5. He wanted a simple life and they robbed him of it.”

Police continue to investigate. The status of the SWAT officer placed on routine administrative leave after the shooting has not changed. Police officials have not determined how long that SWAT officer will be on leave or whether his leave will last until the investigation has been completed.

“He wanted so badly to have kids,” Szurgot said. “He deserved all that and more. He just never had a break.”

His mother said her son had been dead for two days before she was notified by a relative who came to the door of her home in Joshua.

Sandra Seals said she called the Tarrant County medical examiner's office, which confirmed his death. In some ways, she said, she can understand that maybe people were reluctant to break the news to her.

“They knew I would take it badly,” she said. “We were very, very close.”

In some ways, she said, she does not understand why it took people so long to notify her.

“They spent hours negotiating, and they did not try to get in contact with me,” Sandra Seals said. “I wanted to be involved. He was my baby.”

SEE ALSO: This Army Vet Died Of An Overdose In His Jail Cell. He Deserved Better Than Laughter