Trial began Monday for a U.S. Army veteran accused of shooting another man to death during an afternoon confrontation at... 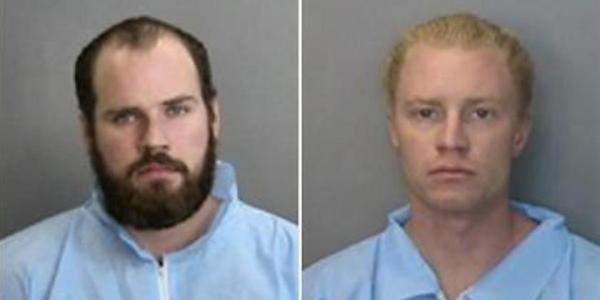 Trial began Monday for a U.S. Army veteran accused of shooting another man to death during an afternoon confrontation at a public park in Anaheim, California.

Adam Stone got out of a red BMW as it pulled into the parking lot of Twila Reid Park about 4:45 p.m. on Jan. 7, 2015, walked up to Alexander Raymond McMoore, who was sitting by a wall facing a basketball court, and without a word fired two shots from a .38 revolver, Deputy District Attorney Stephen McGreevy told a Santa Ana jury during his opening statements.

Moments later, the prosecutor said, Stone told Ransom Lee Cook, his shocked friend and driver of the BMW, “I took care of it.” Asked by his friend why he shot 29-year-old McMoore, Stone replied that McMoore had “punked him,” the prosecutor added.

With multiple witnesses taking down the license plate number of the BMW, officers aided by a police helicopter quickly located Stone, now 31, walking away from Cook’s Westminster home. They also found the gun they say was used in the shooting, which the prosecutor said Stone left with another friend.

The prosecutor noted that, according to his friend Cook, Stone claimed McMoore had tried to rip him off.

Stone was suffering from post-traumatic stress disorder from his time in the military working in some of the most dangerous parts of Iraq, riding on gun trucks protecting vehicle caravans, Flory said.

Stone had struggled to return to civilian life, Flory said, and had landed into legal trouble after attacking a bus driver who the defense attorney said had locked Stone into a bus during a disagreement over whether Stone was a veteran eligible for free bus fare.

McMoore was a transient with a violent temper and a habit of starting fights while living in Orange County hotels and parks, Flory said.

“He liked being the biggest guy in the park,” Flory told jurors. “He liked instilling fear in people.”

McMoore twice forced Stone to give him marijuana during earlier confrontations at the park, Flory said, the second time brandishing a gun.

Stone returned to the park with his own weapon tucked into his waistband and locked eyes with McMoore as he walked up to him, the defense attorney said. Stone believed that McMoore responded by reaching toward his own waistband, and, believing McMoore was armed, Stone pulled his gun and “double-tapped” McMoore, firing a pair of gunshots at his head, the attorney added.

Both Stone and Cook were charged with murder, along with a sentencing enhancement for the use of a firearm. Cook’s charge was later reduced to accessory after the fact, McGreevy said.

If convicted, Stone faces up to 26 years to life in state prison.