On paper, Gregory McQueen must have seemed like a great candidate to become a foster-care parent in Texas. A married... 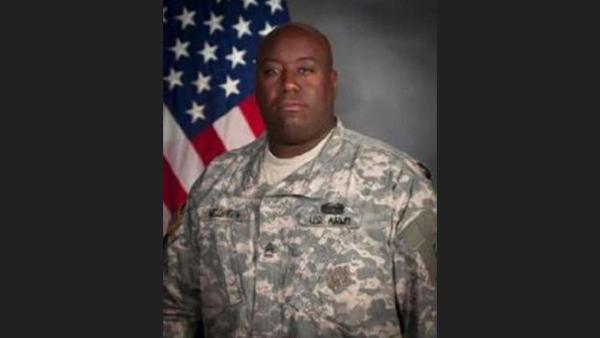 On paper, Gregory McQueen must have seemed like a great candidate to become a foster-care parent in Texas.

A married man and Army veteran, McQueen had served as battalion representative on a task force to prevent sexual harassment at Fort Hood in central Texas.

Two years ago, former Army 1st Sgt. McQueen pleaded guilty to more than a dozen military charges for attempting to run a prostitution ring in Fort Hood. As part of the plea deal he was demoted to private, sentenced to 24 months in prison, was stripped of his retirement pay and received a dishonorable discharge.

That record should have kept him out of the foster-care program, the state says.

The Army acknowledges that it failed to submit information about McQueen’s criminal record to an FBI database widely used for background checks.

The lapse is the latest example of the military failing to disclose criminal convictions to the FBI.

Dozens of Texas agencies rely on FBI criminal history data when deciding whom to approve for skilled, and in many cases sensitive, occupations: police officers, lawyers, teachers, doctors, nurses and even foster-care parents.

The military’s reporting failures, which watchdogs say have also skewed federal crime statistics, drew public attention last month after a former airman, Devin P. Kelley, fatally shot 26 people in Sutherland Springs. The Air Force has admitted it failed to disclose his 2012 domestic violence conviction, which should have barred him from legally buying firearms.

Civilian law enforcement and court agencies upload all criminal convictions to two different criminal databases kept by the federal government. One of the databases is used by gun sellers. The second database, the National Crime Information Center (NCIC) is widely used for workplace licensing and backgrounding.

Several state agencies that rely on that database for backgrounding said they did not have evidence that they had inadvertently licensed someone who had an undisclosed military conviction. But the Texas Commission on Law Enforcement, which licenses police officers and jailers, has had cases in which applicants failed to disclose their military service to avoid revealing dishonorable discharges, said Gretchen Grigsby, head of governmental relations.

In McQueen’s case, his conviction showed up in the database used by gun dealers but not the one used by licensing agencies, the Army said.

“We not only acknowledge this error, but, more importantly, are taking corrective action to ensure we fully share information with appropriate law enforcement agencies,” said Michael Brady, an Army spokesman.

“Background checks are important tools to help screen for potential issues,” Mann said. “When it comes to vetting potential foster parents, it’s in everyone’s best interest to make sure that criminal databases contain the most complete, accurate and up-to-date information.”

The contractor that hired the McQueens, Lighthouse Family Network of Salado, “delisted” the family after three months after it discovered his convictions, according to the state. Lighthouse declined to comment.

“Mr. McQueen's criminal history bars him from being a foster parent for 20 years from the date of his conviction,” Mann said.

McQueen could not be reached for comment. His wife declined to elaborate on their hire and dismissal.

According to McQueen’s court-martial records, he faced 40 years in prison before he pleaded guilty to charges including multiple counts of pandering, conspiracy to solicit prostitution and mistreatment of a subordinate.

He was accused of recruiting cash-strapped female soldiers to have sex with higher-ranking officers. According to the court-martial, he preyed on young privates, including one who confided that she was struggling to support her son after a divorce.

He approached them carefully, testing their receptiveness to prostitution by telling them they could make “easy money” providing “tension relief” to other soldiers. McQueen continued to groom potential recruits himself, asking one to show him how she would seduce a man and getting them to send him pictures of themselves in lingerie, which he would use to lure potential customers.

The Army's investigation found that on one occasion, McQueen set up a meeting between a male soldier and one of his recruits at a La Quinta in Killeen, near Fort Hood. She made $100.