Arrests Made In Fatal Stabbing Of Marine In San Diego

Two men have been arrested on suspicion of fatally stabbing a 21-year-old Camp Pendleton Marine during a fight in the... 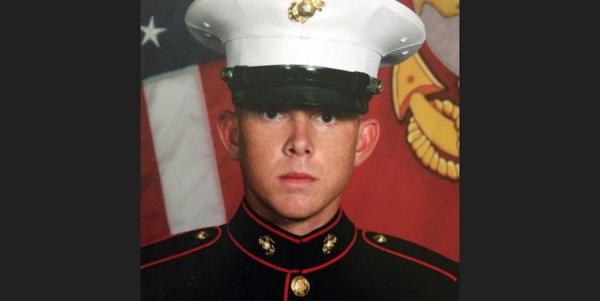 Two men have been arrested on suspicion of fatally stabbing a 21-year-old Camp Pendleton Marine during a fight in the Gaslamp Quarter, police said Sunday.

The men are suspected of murdering Ryan Evan Harris, an Oceanside resident, during a fight that broke out on Island Avenue near J Street early Friday.

The victim’s brother-in-law, Koert Spears, said Harris was with several friends, some of whom were also Marines, when the melee erupted. Police told the family that Harris was trying to break up the fight when he was stabbed, Spears said.

“That was who he was, and really speaks to the overall nature of someone who would join military,” Spears said. “He wanted to help.”

Officers sent to investigate found Harris on the sidewalk with serious injuries to his upper torso, Griffin said. Good Samaritans, officers and paramedics tried to save Harris, but he died before being taken to a hospital.

Investigators determined that man, who was not believed to be a Marine, was also injured in the brawl. He was taken to the hospital with serious but not life-threatening stab wounds to his back and chest, Griffin said.

Spears said one of the men Harris was with was an old friend from his hometown of Elverta, Calif.

Harris’ family has started a GoFundMe page to help support the young man’s widow. The couple had just married in March.

Spears said his sister was in Sacramento County visiting family when her husband was killed. She expected to him to meet him there Friday evening, but instead got a call from police that morning, Spears said.

Detectives were hoping to speak with the individuals who helped treat Harris’ injuries. The Good Samaritans and anyone else with information about the fight were asked to call police at (619) 531-2293 or Crime Stoppers anonymously at (888) 580-8477.