One of the two women involved in the bizarre assassination of Kim Jong Un's half-brother has given an interview about the ordeal, which she says she was tricked into. 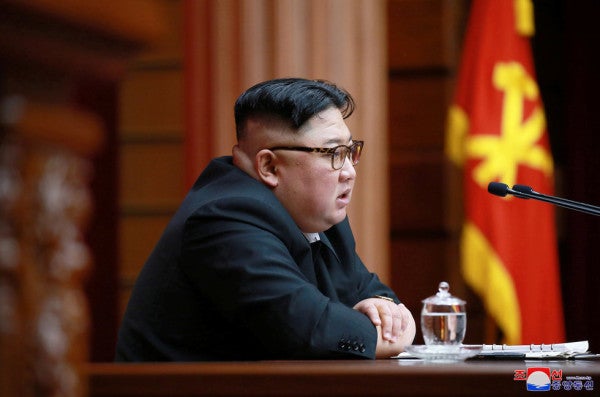 One of the two women involved in the bizarre assassination of Kim Jong Un's half-brother has given an interview about the ordeal, which she says she was tricked into.

Siti Aisyah, who lives in rural Indonesia, described being recruited by men she believed to be prank TV producers, who had her carry out a prank where she rubbed baby oil on strangers' faces.

In an interview with Simon Parry of the Mail on Sunday newspaper, Siti said the men told her she could become a YouTube star by carrying out the pranks for viral videos.

In fact, the men are believed to be North Korean secret agents, and were recruiting Aisyah to assassinate Kim Jong Nam, the half-brother of North Korean leader Kim Jong Un.

She, alongside Vietnamese woman Duong Thi Huong, killed Kim Jong Nam at Kuala Lumpur airport in 2017, by smearing a liquid on his face, similar to the pranks Siti said she had carried out several times before.

However, this time the liquid was the nerve agent VX, which swiftly led to Kim's death, and the arrest of both women.

Here is a video showing the incident:

According to Siti, she had no idea the substance was a poison. The Mail said that she could have been killed as well, but for her decision to quickly wash the substance off her hands.

They were later charged with Kim's murder. But the charges against them were abruptly dropped earlier this year, before either of them gave evidence. Both women were allowed to return home.

In her Mail on Sunday interview, Siti described two “producers” training her with the baby oil smearing prank, paying as much as $120 a time, vastly more than she could earn in her regular job as a masseuse.

She said: “I was nervous about doing the pranks at first in case someone reacted badly or hit out but I was very happy to have the work.

“I questioned why anyone would want to watch this sort of thing but they told me Japanese audiences loved it.”

Her last “prank” went differently, she said. This time she had a specific target and another woman, Huong, also trying to carry out the smear.

In the end, Huong reached Kim before Siti, and she did not end up touching him, though both had the poison ready to use.

According to the Mail's account, the women's handlers had little concern for the harm which the agent could do to them.

Siti said that Huong ended up smearing Kim's face just before she could reach him. Parry, the Mail reporter, wrote:

“Siti and Huong fled in different directions after the attack and both went straight to different washrooms to clean the sticky liquid off their hands – an act that would almost certainly save their lives.”

Much of the Kim Jong Nam story remains unresolved, as Business Insider's Alexandra Ma wrote in April this year when the murder trial ended.

Ma wrote that the decision to end the trial was never fully explained, but came after Malaysia was lobbied by Vietnam and Indonesia.

Malaysia named four North Korean men who are wanted over the assassination, but they have never been found.