A senior Pentagon official told impeachment investigators that President Donald Trump's freeze on nearly $400 million in military aid to Ukraine posed a strategic nightmare for the Defense Department and put the American-allied country in a deeply dangerous position, according to impeachment inquiry testimony released Monday 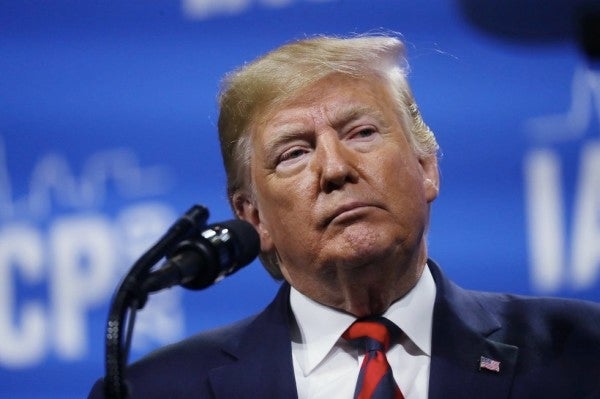 A senior Pentagon official told impeachment investigators that President Donald Trump's freeze on nearly $400 million in military aid to Ukraine posed a strategic nightmare for the Defense Department and put the American-allied country in a deeply dangerous position, according to impeachment inquiry testimony released Monday.

Laura Cooper, a deputy assistant defense secretary overseeing U.S. policy on Ukraine, corroborated key parts of previous impeachment testimony during her Oct. 26 deposition and provided a new window into the Pentagon's role in trying to block Trump's attempt to press Ukraine into investigating Joe Biden's family and other Democrats before the 2020 election.

Cooper said national security officials across the government were confident Trump was wrong in holding up the $391 million in military assistance while pushing for the Ukrainian investigations.

“My sense is that all of the senior leaders of the U.S. national security departments and agencies were all unified in their — in their view that this assistance was essential,” Cooper said, according to a transcript of her testimony. “And they were trying to find ways to engage the president on this.”

Immediately after being informed of the aid freeze in a July 23 meeting, Cooper said she and other Defense Department officials questioned the legality of holding up the cash, which had been approved by Congress in a bipartisan fashion and helps Ukraine push back against Russia's annexation of Crimea.

“In that meeting immediately deputies began to raise concerns about how this could be done in a legal fashion,” Cooper said.

The Cooper transcript came as House investigators prepared for the public phase of the impeachment inquiry, kicking off with the open-door Wednesday testimony of acting U.S. Ambassador to Ukraine Bill Taylor.

Several administration officials, including Trump-appointed U.S. Ambassador to the European Union Gordon Sondland, have confirmed in testimony that Trump explicitly held up the military aid in a bid to coax Ukrainian President Volodymyr Zelenskiy into publicly announcing investigations of Biden and a debunked right-wing conspiracy theory about 2016 election. Zelenskiy never announced the investigations after Trump unexpectedly released the aid Sept. 11 amid bipartisan pushback at home.

Cooper confirmed she got wind of the quid pro quo preconditions for the aid when Kurt Volker, Trump's former special envoy to Ukraine, told her Kiev needed to make a “statement” in order to receive the cash.

Croft revealed that a couple of Ukrainian officials approached her with concerns about Trump's aid freeze “very early on,” undermining the White House's claim that the president couldn't have engaged in quid pro quo if Ukraine didn't even know the cash was being held up.

“They found out very early on or much earlier than I expected them to,” Croft testified, according to a transcript, saying she couldn't recall the exact date but noting Kyiv knew about the aid freeze weeks before Trump finally released it.