The head of the VA’s national health care enrollment office in Atlanta exchanged a series of unprofessional and racially charged... 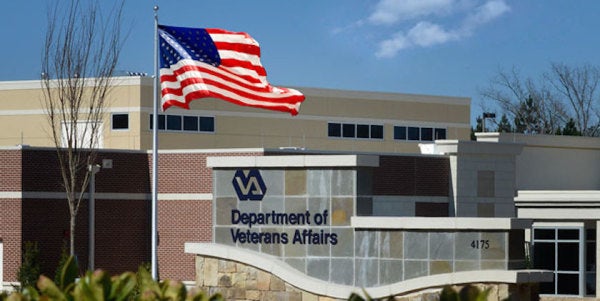 The head of the VA’s national health care enrollment office in Atlanta exchanged a series of unprofessional and racially charged instant messages with another VA employee — raising new doubts about the leadership of the enrollment system that serves millions of veterans nationwide.

The exchanges between Angel Lawrence, the director of the VA’s Health Enrollment Center based in DeKalb County, and program analyst Nathan Jaco in the agency’s members services offices in Atlanta were laced with criticisms of the agency and barbs at various groups interspersed with attempts at humor, according to copies of the instant messages obtained by The Atlanta Journal-Constitution and WSB-TV.

“I hate them so much,” Jaco wrote.

“When I become Emperor, the parasitic class will be purged. Into the ovens,” Jaco wrote.

“Oh my take that back jaco,” replied Lawrence.

Jaco: “That’s where you draw the line? You really don’t need to hang out with me then. That’s mild.”

The messages are the latest black eye for the national enrollment office, which has more than 200 employees overseeing the health care enrollment system for the entire Veterans Health Administration. The center for years has been plagued by management failures and system breakdowns that have led to hundreds of thousands of backlogged veterans health care applications exposed in 2014 by whistleblowers and an AJC investigation.

After that scandal, Lawrence was part of the management team brought in to help fix the center. But the draft of a new inspector general’s report surfaced last week and details ongoing problems across the health care enrollment system.

Lawrence declined comment Monday when the AJC and WSB-TV presented her with copies of the instant message conversations conducted on the VA’s Outlook system. She referred all questions to the VA’s press secretary in Washington.

“VA will not tolerate inappropriate or unprofessional conversations over our IT systems, nor the waste of taxpayer dollars on non-VA business,” said VA press secretary Curt Cashour, who said the agency was reviewing its data systems to determine the veracity of the messages. “If it is indeed shown to be accurate, VA will evaluate the appropriate disciplinary action to take with the employees involved.”

Jaco, for his part, does not deny the conversations. He said they were meant to be private and never intended to be seen by a wide audience. He said he’s an Army veteran who served in Iraq and has PTSD. He said the tone of the messages were the way people in the military or law enforcement talked with one another to bond. He said he is not a hateful person and employed dark humor to deal with the frustrations he encounters the problems at the VA that negatively impact veterans.

“I get angry about the things I see on my job and I vent,” he said. “I did say some off-color comments in a private conversation. But as these documents show I worked my ass off for veterans.”

Jaco’s frustrations seem to be shared by Lawrence.

In November, when a story reported problems with a new VA online health application, she sent Jaco a link via instant message.

Lawrence: “thank baby jesus and lucky me, i am irish.”

Jaco: “So, you can drink, get into some fist fights, and then write a brilliant novel about it.”

Lawrence: “do i look like the kind that gets into fist fights? ha ha ha ha”

“I am on a conference call with all the (VHA) network directors and i want to jump out of my window.”

Jaco: “I bet they’re so smart. I mean, look how successful they’ve been. It’s not like the VHA is a laughing stock or anything.”

Lawrence: “LMAO!!!!! I have to talk about the holding file.”

“You need to let Honolulu know that they can commit Japanese ritual suicide. They’ve Pearl Harbored their 1010EZ holding file. Mostly just records that haven’t been cleared up. But I’d be willing to bet $ to donuts there are some Vets in there that have been waiting for care. Possibly for a LOOOOOOOOOONG time. And that’s unacceptable.”