"It's not been asked to us, not being considered, not been put to us." 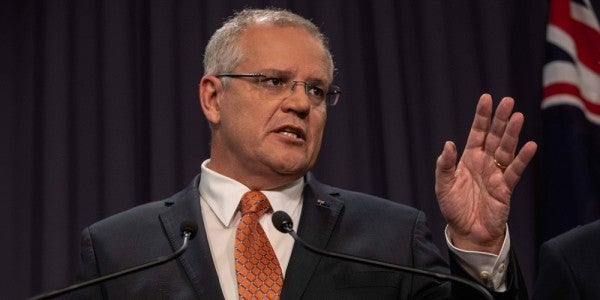 SYDNEY (Reuters) – U.S. intermediate-range missiles will not be deployed in Australia, Prime Minister Scott Morrison said on Monday, after the United States revealed ambitions to site missiles in the Asia-Pacific region.

Officials from both governments held talks in Sydney over the weekend that ended with a joint statement in which the two allies pledged to strengthen opposition to Chinese activities in Asia-Pacific, as both sides have become increasingly concerned about China's spreading influence.

Esper's comments prompted speculation that Australia had been asked to host the missiles, but Morrison denied that any request had been made and said Australia would decline if it was asked in the future.

“It's not been asked to us, not being considered, not been put to us. I think I the rule a line under that,” Morrison told reporters in Brisbane, the state capital of Queensland.

A recent increase in tensions between Washington and Beijing, both over trade and rights of navigation in both the South China Sea and Taiwan Strait, has put Australia in an awkward spot, as the United States is its biggest ally, while China is its biggest export market.

Australia, traditionally the major power in the South Pacific, has promised up to A$3 billion ($2.03 billion) in grants and cheap loans to counter what Washington describes as China's “payday loan diplomacy”.