The Navy, Air Force, and Army all collect different information when they investigate why an aircraft crashes or has a... 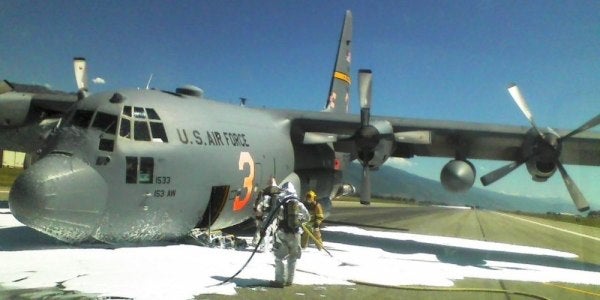 The Navy, Air Force, and Army all collect different information when they investigate why an aircraft crashes or has a problem, making it difficult for the Defense Department to compare trends as it works to improve safety and share lessons learned across the services, according to a Congressional watchdog report.

There have been a series of high-profile crashes in recent years, including fatal ones involving the Navy's Blue Angels and the Air Force's Thunderbirds, and military officials are still grappling with oxygen deprivation problems among some aircraft. In March, a Virginia Beach-based F/A-18 Super Hornet crashed near Key West, killing both men aboard.

Specifically, the GAO analysis found that the safety centers didn't collect standardized data for between 10 and 17 of 35 agreed-upon data elements for investigations that were to be provided to the Defense Department, depending on the service. For example, the Naval Safety Center and Army Combat Readiness Center don't collect data about which geographic combatant command the mishap occurred in.

The GAO also found a lack of consensus between the safety centers and the Defense Department on reporting data on human factors that may have caused a crash.

“Further, DOD does not consistently collect and analyze relevant training data from all mishap investigations, such as information on the pilot's recent flying experience or training proficiency in the task or mission performed during the mishap,” the report says. “Recent studies have suggested that training shortfalls are a potential indicator of trends in aviation mishaps.”

The GAO said part of the problem stems from each service using data systems that evolved over time to meet the unique requirements of each military branch. Until each system is upgraded to allow for standardized data, the Defense Department must make time-consuming adjustments to align them that delays sharing critical information to decision makers about reducing risks.