AWOL Marine Charged With Murdering His Own Grandmother

Authorities pulled the body of a North Carolina grandmother from a creek Friday and charged her grandson, a Marine who... 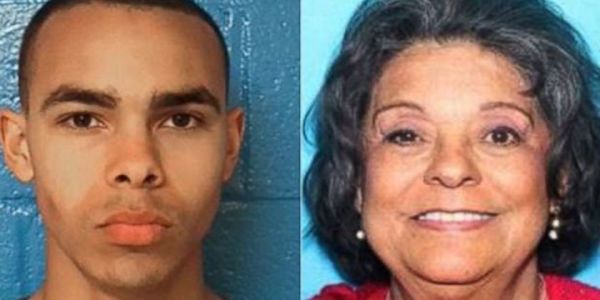 Authorities pulled the body of a North Carolina grandmother from a creek Friday and charged her grandson, a Marine who had been AWOL, in connection to her murder.

Authorities in Rocky Mount arrested 18-year-old Isaiah Kahleal Evans Caesar at the Homewood Suites in Rocky Mount, North Carolina, where he had used his grandmother’s credit card to purchase a room, according to local news reports.

Authorities had been looking for Sallie Copeland Evans, the 74-year-old grandmother from Roanoke Rapids, for several days after her family filed a missing-persons report, ABC 11 reported. Her sister Mattie Copeland Parker said Evans was last seen Sunday evening, according to a Facebook post about Evans’ disappearance.

Halifax County Sheriff Wes Tripp said Evans’ body was found off Highway 903 in a creek near her home, CBS17 and WRAL reported.

A bomb team from North Carolina State Bureau of Investigation assisted local police but didn’t find a bomb. Caesar had Evans’ car parked at the hotel, police said. The gold vehicle had been spray-painted black, according to news reports.

Caesar is stationed at Fort Benning, Ga. He has been absent without leave since April 2 and was supposed to return April 22 for an evaluation, CBS 17 reported.

Evans’ family told local news outlets that she had been trying to persuade him to return to the military. She had asked her neighbor Willie Patterson to drive her and Caesar to Camp Lejeune in Jacksonville, North Carolina, on Tuesday around 11 a.m., according to CBS 17.

“I was looking out my kitchen window waiting on her, and I see the front end of the car,” Patterson told the news station of what he saw after waiting for them for an hour.

“I didn’t see who was driving the car. I turned around to go get my glasses and my hat and my umbrella, and went I went out the front door. There was no car. They were gone.”

Patterson told ABC 11 it was unusual for her to leave without telling him because she would’ve called him to let him know where she left the keys so he could take care of her three dogs in her absence.

Evans’ family told WRAL Caesar had a fascination for weapons and explosives. The family said they found grenade parts in the grandmother’s home.

In addition to the murder charge, Caesar was served with a fugitive warrant for desertion.

Caesar is being held without bond. His court date is May 16.