A decommissioned B-52H Stratofortress heavy, long-range bomber nicknamed "Wise Guy" was brought back from the Air Force's "boneyard" and delivered to an operational unit, the Air Force announced Tuesday 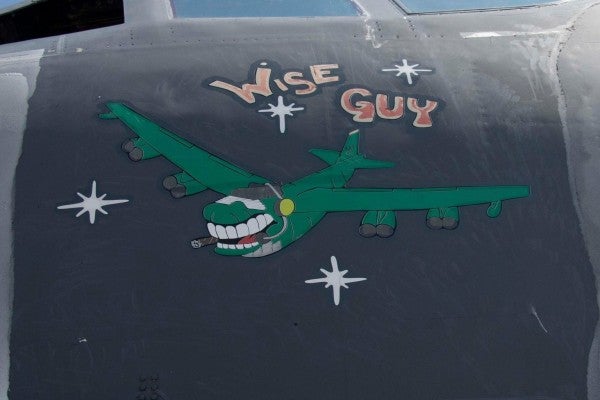 A decommissioned B-52H Stratofortress heavy, long-range bomber nicknamed “Wise Guy” was brought back from the Air Force's “boneyard” and delivered to an operational unit, the Air Force announced Tuesday.

Col. Robert Burgess, the commander of the 307th Operations Group, 307th Bomb Wing, flew the aircraft back to Barksdale Air Force Base in Louisiana on Tuesday, The War Zone reported.

“We are excited about the wing's role in bringing this jet back into service,” Burgess told reporters. “Its return is a testament to the skill of our Airmen in restoring the bomber for regular use in the Air Force.”

The bomber will replace the B-52 that crashed in Guam three years ago, bringing the size of the B-52H fleet back to 76, the maximum permitted by US-Russia arms control agreements.

“Wise Guy” served with the 5th Bomb Wing out of Minot Air Force Base in North Dakota before the powerful bomber was sent to the 309th Aerospace Maintenance and Regeneration Group, which handles the “boneyard” at Davis-Mothan Air Force Base in Arizona, in 2008.

When it was retired, someone left a note on an internal panel hinting that “Wise Guy” might one day return to service. The message read: “AMARG, this is 60-034, a Cold Warrior that stood sentinel over America from the darkest days of the Cold War to the global fight against terror. Take good care of her… until we need her again.”

“Wise Guy” is the second B-52 to ever return from the “boneyard.” The other, a bomber nicknamed “Ghost Rider,” was brought back and delivered to the 307th Bomb Wing in 2015.

SEE ALSO: 3 Reasons The Legendary B-52 Bomber Will Outlive All Of Us

WATCH NEXT: The B-52 Brings The Fight To ISIS