Your Baby Powder Could Be Funding ISIS

According to advocacy group Global Witness, ISIS has managed to transform the moonscape of  Afghanistan into huge profits by mining and... 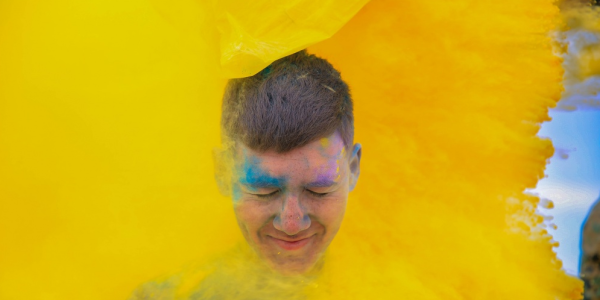 According to advocacy group Global Witness, ISIS has managed to transform the moonscape of  Afghanistan into huge profits by mining and selling talc powder.

The talc mines straddle the border with Pakistan, further easing the journey of the future baby-powder ingredient to markets. This allows the source of the illicit powder and any profits to be hidden as it transverses from Pakistan to your baby and/or infantry grunt.

The ISIS faction in Afghanistan has tussled with the Taliban over control of the talc trade… echoing some of the “spice” trade tensions in the sci-fi classic Dune, which was inspired by the Soviet war in Afghanistan. “The fight is over the mines,” one Taliban commander is quoted as saying in the report. (It doesn’t quite have the same ring as “He who controls the spice controls the universe,” but when money is on the line, it gets the sentiment across.)

The Afghan government attempted a ban on talc powder trading in 2015, but like most Afghan government initiatives, it failed miserably. Luckily, after some field research, we at Task & Purpose can report that Gold Bond medicated powder does have a talc free version, which is great news for anyone rucking around Camp Lejeune. Continue to dust your chafing legs in confidence; you’re not supporting terror.