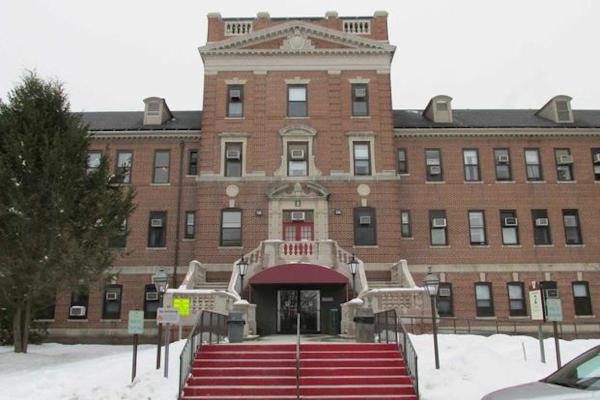 A 62-year-old man who had been missing for a month was found dead in a stairwell on the campus of the Bedford Veterans Hospital wearing the same clothes as when he went unaccounted for, according to the Middlesex County District Attorney’s Office.

The man had last been seen in the facility on May 8 and was reported missing on May 13, officials said.

A fellow resident of the facility found the body, a spokeswoman for the DA’s office said.

The cause of death is still pending and the DA’s office is investigating the circumstances of the death.

The hospital is run by the government and the housing units are operated by Caritas Communities, according to their website.

A spokeswoman for Caritas Communities said the Bedford Veterans Quarters is a residential facility leased from the VA and provides housing for formerly homeless veterans.

She said the stairwell where the resident was found is outside the premises of Caritas and is alarmed and solely controlled by the VA.

A statement from Caritas said, “Caritas Communities is committed to the health and safety of our residents, and follows strict protocols when a resident is discovered missing. On May 13 we filed a missing persons report for a BVQ resident, and have been working with the VA and the Bedford Police to ascertain the whereabouts of this resident.”

This isn’t the first time the Bedford Veterans Hospital campus has made news.

In September, a nurse at the hospital was charged with watering down morphine doses at the Veterans Affairs Medical Center that caused “increased suffering” for a dying patient, a federal indictment stated.

In a separate incident, another VA nurse played video games while her patient was dying and lied to federal investigators about it, prosecutors said. She was sentenced to one year probation.