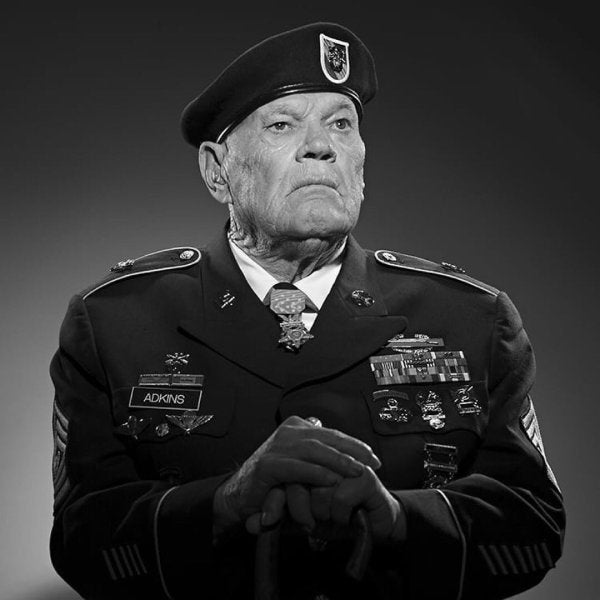 “We lost a great husband, father and warrior today. Bennie G. Adkins passed away this afternoon. Please keep his family in your prayers,” Adkins' family said in a Twitter post.

Adkins was diagnosed with coronavirus and respiratory failure when he was admitted to East Alabama Medical Center in Opelika, Alabama, on March 26.

His son, Keith, told the Opelika-Auburn News in Alabama at the time that “We're very appreciative of the prayers and support from people, frankly, from around the country. We're hopeful for the best, but realistic as well.”

The Bennie G. Adkins Foundation, created by the MOH recipient to provide scholarships to Special Forces troops and their families, said on Facebook that “The COVID-19 pandemic has hit home. Bennie has been hospitalized and is critically ill with COVID-19 respiratory failure.”

Adkins was awarded the nation's highest honor for valor in a September 2014 White House ceremony by President Barack Obama in recognition of his three-day battle 48 years earlier with mortars, grenades and a sawed-off shotgun in Vietnam's forbidding A Shau valley.