Army Sgt. Bowe Bergdahl pleaded guilty Monday to charges that he deserted his Afghanistan combat post and misbehaved before the... 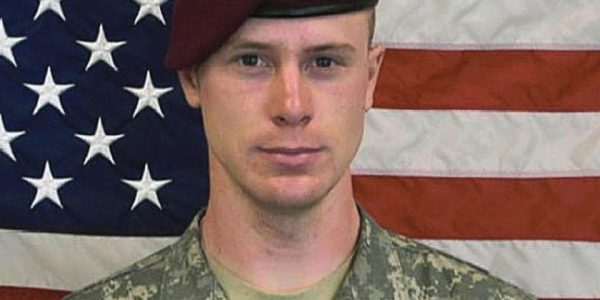 Army Sgt. Bowe Bergdahl pleaded guilty Monday to charges that he deserted his Afghanistan combat post and misbehaved before the enemy, acts he told a judge were “very inexcusable” and endangered his fellow troops.

The former Taliban captive entered the pleas during a hearing at Fort Bragg in North Carolina without any pre-trial agreement with prosecutors to cap his maximum punishment, leaving his fate entirely in the hands of the judge overseeing his case, Army Col. Jeffery R. Nance. The more serious misbehavior charge carries a maximum penalty that includes life imprisonment. The desertion charge carries a maximum penalty of five years imprisonment.

Bergdahl, 31, told Nance that he agreed walking off Observation Post Mest June 30, 2009 in the eastern Afghanistan mountains was wrong and amounted to misconduct.

“I left my platoon on a battlefield, in an area where there were a lot of enemy, one man short,” Bergdahl said, adding he did not consider the greater consequences of his actions — including spawning dangerous search and rescue operations — when he left.

“Sir, at the time, I had no thinking that anyone would come searching for me,” Bergdahl said, speaking softly as Nance questioned him for nearly an hour following his plea. “However, looking back, I understand it was a very serious mistake.”

The soldier’s plea sets up a pre-sentence trial to begin Oct. 23 at Fort Bragg. That trial is likely to span several days and include potentially dramatic testimony about three servicemembers seriously injured on two separate search and rescue missions launched in the days after Bergdahl’s disappearance.

Two of those injured servicemembers suffered career-ending and permanently disabling injuries. Army National Guard Sgt. 1st Class Mark Allen was shot in the head July 8, 2009, while on a mission in Paktika province to find Bergdahl, leaving him confined to a wheelchair and unable to speak. Senior Chief Petty Officer Jimmy Hatch, a Navy SEAL, was shot through the leg a day later on a special operations mission to locate the captured soldier, leaving him with a permanent limp.

Bergdahl’s guilty plea had been expected and it signals to the judge that he is showing remorse and taking responsibility for his actions, said Eric Carpenter, an assistant law professor at Florida International University and a former Army defense attorney and prosecutor. But without a plea arraignment in place, the move is “very risky,” he added.

“Sometimes when this happens, it is because the government never offered a reasonable sentencing cap and the defense thinks they can get a much lower sentence from the military judge than the government would agree to,” Carpenter said Monday. “The danger is that, while the military judge can sentence Bergdahl to zero punishment, he can also sentence Bergdahl to life in prison.”

Bergdahl expressed his own naivety about his decision, which he told Nance was an attempt to walk or run some 20 miles to nearby Forward Operating Base Sharana, where he hoped to complain about problems that he perceived within his chain of command.

He said he was due to serve guard duty at OP Mest and later participate in a convoy from there to FOB Sharana, when he decided to walk there on his own. He told Nance that he became lost within 20 minutes. Four hours later Taliban fighters captured him.

Bergdahl said shortly after his capture that he made his first of the 12 to 15 escape attempts before he was eventually freed in May 2014 in a controversial swap for five Taliban commanders held at the American detention facility at Guantanamo Bay in Cuba.

Just hours after he was kidnapped, Bergdahl was able to remove a blindfold partially and realized his captors had left him in a clearing with only small children nearby. He described attempting to run from the Taliban fighters with his arms chained behind his back and a blanket over his head.

“There shouts and I was tackled,” Bergdahl said. “That didn’t go so well, sir.”

Another escape attempt, a couple years later, according to Army investigation documents, was more successful. Bergdahl managed to evade his captors for eight days, but he was recaptured after failing to “get the attention of the [American] drones that were flying around the area,” he said.

The soldier also told Nance that he had doubts about his platoon’s mission to train Afghan police to run a security checkpoint along a mountain road at OP Mest.

Bergdahl said there were several other roads that Taliban fighters would use to smuggle weapons into the area, saying the mission “seemed like a bit of a joke.” But he told the judge that he now understands why the mission was necessary.

“Looking back at it now, I do ,” he said. “At the time, it was very hard for me to understand the importance.”

The Army formally charged Bergdahl with “misbehavior before the enemy by endangering the safety of a command, unit or place” and “desertion with intent to shirk important or hazardous duty” in March 2015, and his case was referred to a felony-level court-martial in December of that year.

He remains on active duty working a desk job at Joint Base San Antonio in Texas.