Lawyers for alleged deserter Sgt. Bowe Bergdahl are continuing to prepare for trial after the judge denied a motion to... 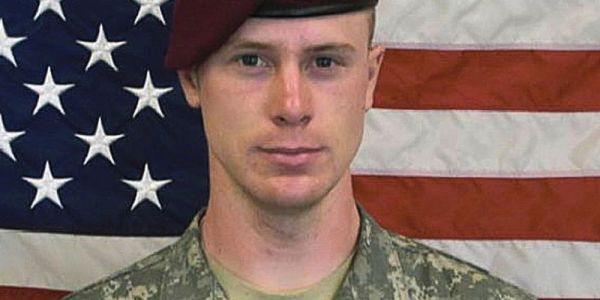 Lawyers for alleged deserter Sgt. Bowe Bergdahl are continuing to prepare for trial after the judge denied a motion to dismiss the charge of misbehavior before the enemy because it doesn’t name a specific offense.

“We’re continuing to prepare energetically for trial on both charges,” said Eugene Fidell, Bergdahl’s civilian lawyer. “Where things stand is, this will be an issue on appeal if Sgt. Bergdahl is convicted on the misbehavior charge.”

On Thursday, Col. Jeffery Nance — the military judge overseeing the court-martial — denied a motion from defense lawyers to dismiss the charge of misbehavior before the enemy. Defense lawyers have said the misbehavior charge doesn’t name a specific offense, and therefore should be void because it fails to give fair notice of what action is forbidden.

In March 2015, Bergdahl was charged with desertion and misbehavior before the enemy by endangering the safety of a command, unit or place. He walked off a remote post in Afghanistan in 2009 and was subsequently held by the Taliban for nearly five years.

Bergdahl has said he left the base to catch the attention of military brass. He wanted to warn them about what he believed were serious problems with leadership in his unit.

Bergdahl could face life imprisonment if convicted of misbehavior before the enemy.

The court-martial is scheduled to begin Oct. 23 at Fort Bragg.

Prosecutors allege Bergdahl walked off the post, which was his duty to defend, alone and without authority. His actions caused search and recovery operations, prosecutors have said.

In his ruling, Nance said the misbehavior charge does state an offense.

“The accused is on fair notice that he must defend himself for leaving Observation Post Mest alone and without authority, thereby wrongfully causing search and recovery operations,” according to the ruling. “Certainly this notifies him that he has to defend himself from the charge that he has intentionally committed a series of interrelated acts before the enemy, which, even if not particularly proscribed by some other criminal statute, are without authority and wrongful and, thus, criminal.”

Nance’s ruling said there is no way Bergdahl could not have known what he was doing was criminal misconduct.

“There is simply no way the accused could not reasonably have understand that his conduct was proscribed,” he wrote. “Furthermore, the alleged conduct cannot even be said to be ‘marginal’ misconduct. The government avers that the accused left his combat outpost intentionally, without authority and for the purpose of causing search and recovery operations, which he ultimately did cause. The specification alleges that all of this was done ‘before the enemy’. How could such alleged conduct be characterized as anything other than misconduct under any definition of the word?”

The next preliminary hearing is scheduled for July 27 at Fort Bragg.

Staff writer Amanda Dolasinski can be reached at adolasinski@fayobserver.com or 486-3528.