1 Soldier Killed In US Army Helicopter Crash Near DC 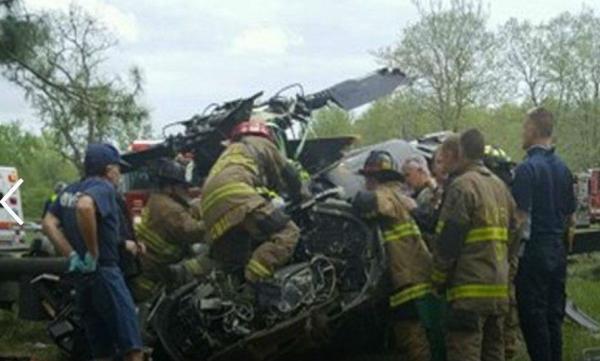 The helicopter went down with three crew members on board, one of whom was medically evacuated from the scene.

Late on Monday afternoon, the Army confirmed that one soldier died in the crash, according to The Washington Post's Dan Lamothe.

The helicopter was based at Fort Belvoir, an Army facility in Northern Virginia home to the 12th Aviation Battalion, which has more than a dozen Black Hawks, according to NBC Washington.

Maryland State Police were reportedly on the scene aiding the medical evacuation.

The helicopter came down near the course's third hole, said Kevin Bowman, who told WJLA Washington he was in the pro shop when the landing occurred.

“He was kind of flying sideways pretty low and then as we got out on the deck watching it, he kind of got treetop level and then all of a sudden you saw the tail spin up and then just start spinning around, and we heard him go down,” Mike Harvey, a PGA golf professional at the golf course, told WBAL radio.

Harvey said Navy and Marine Corps aircraft were a regular sight, but Army aircraft like the Black Hawk were less common.

“You could just hear the rotors hitting trees,” Harvey said of the landing. “There was no explosion or anything.”

Initial reports indicated that one of the crew members had died, but military officials denied that, according to Hope Hodge Seck of Military.com. The 12th Aviation Battalion supports senior leaders from the Army and the Defense Department.

The conditions of the three people involved in the crash were not immediately clear.

Officials at Fort Belvoir did not immediately respond to a request for comment.