Noxious fumes from a 16-year-old decision by federal bureaucrats are finally beginning to dissipate for the Navy’s so-called “Blue Water”... 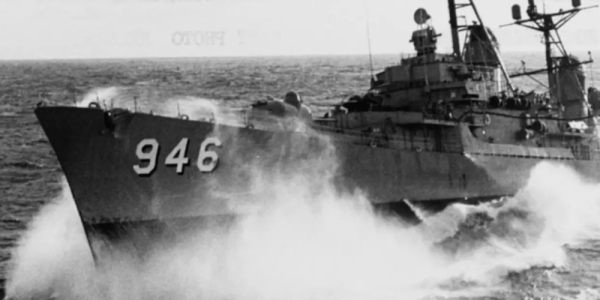 Noxious fumes from a 16-year-old decision by federal bureaucrats are finally beginning to dissipate for the Navy’s so-called “Blue Water” vets. They may be on course to again receive benefits for their exposure to Agent Orange during the Vietnam War.

Shame on officials at the U.S. Department of Veterans Affairs for placing sailors in this predicament in the first place. A 2002 decision by the agency cynically elevated funding over science, making it tougher for vets to get health care decades after that misbegotten war.

It was as if too many of these sailors were still breathing, and the feds didn’t want to be on the hook to assist them. That ploy broke faith with our service members, who were harmed by the stuff our own country dumped on them.

The U.S. House of Representatives approved a bill restoring coverage for diseases tied to exposure from the herbicide. House members voted unanimously for the bill.

That’s rare in the highly charged, partisan arena Congress has become, and it’s an indication lawmakers knew just how badly they needed to act. They also provided a way to pay for the coverage.

The bill next goes to the Senate, where Sen. Johnny Isakson, R-Ga. and chairman of the Veterans’ Affairs Committee, has said he’d prioritize the legislation.

It’s none too soon for the tens of thousands of Blue Water vets still alive, or for the spouses who may survive them and be eligible for benefits, too.

“We were certainly heartened” by the unanimous vote, John B. Wells told me Monday. He’s executive director of Military-Veterans Advocacy, a nonprofit organization that’s been fighting to restore benefits.

Wells is a retired Navy commander who was a chief engineer on several ships. He says he has documented proof of Agent Orange’s presence in Nha Trang Harbor, 20 years after the war.

Blue Water vets didn’t set foot on Vietnamese soil, where the spraying of the herbicide defoliated the forest cover used by North Vietnamese and Viet Cong forces. Still, Agent Orange washed out to sea. There, Navy vessels sucked in potentially contaminated water and distilled it for use aboard ships. The process concentrated the toxin.

Despite all of that, the VA in 2002 started denying ailing Blue Water Navy vets compensation for Agent Orange exposure.

It said – with a straight face – that the placement of a comma in the original legislation made a distinction between those who served on the ground in Vietnam, and those who served elsewhere.

That’s akin to thinking the herbicide would magically dissipate at the water’s edge. Or that its appearance in water would somehow neutralize it.

Let’s remember: The United States sprayed millions of gallons of this stuff during the Vietnam War. Agent Orange didn’t discriminate between U.S. servicemen or Viet Cong fighters, civilian peasants or warriors. The herbicide continues to exact a toll decades after the war’s end.

Yet, the VA has continued to make certain individuals jump through hoops to prove they were harmed by the herbicide.

The House has done its part, and I hope the Senate will follow. That’s little comfort for the vets who have suffered for years – both from the pernicious defoliant, and the VA officials who contemptuously denied them help.