The US sent bomb-sniffing dogs to Jordan. Now they’re dying from improper care

U.S.-trained bomb-sniffing dogs sent to ally Jordan are losing their will to work and dying due to improper care, a recently released Department of State inspector general evaluation found 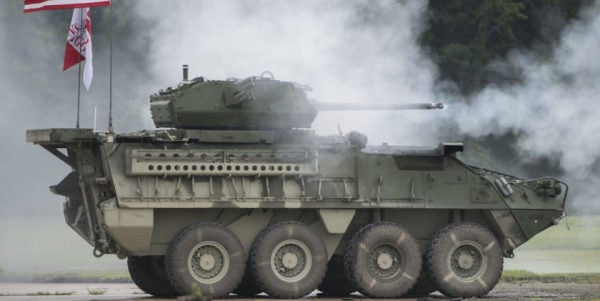 U.S.-trained bomb-sniffing dogs sent to ally Jordan are losing their will to work and dying due to improper care, a recently released Department of State inspector general evaluation found.

The U.S. has been sending these specially trained dogs to Jordan for years as part of the extensive Explosive Detection Canine Program (EDCP). Since 2008, at least 10 of the dogs have died from medical problems. Other canines were found to be living in unhealthy conditions that the IG report characterized as “disturbing.”

“Canines lose their effectiveness when their quality of life is poor,” the report read.

When a team of inspectors visited one of the facilities in Jordan in 2016, they found that diseases such as Parvo, the main cause of death among the service dogs, were rampant in the kennels.

The police, the report read, “are losing canines frequently to the disease and do not have the medical care required to treat it, or even maintain healthy canines.”

An emaciated dog in the EDC program in Jordan. (Department of State Office of the Inspector General/Canine Validation Center)

Investigators found that many of the dogs were “well beyond their working years,” had health problems, and had “lost the will to work.”

At another facility, the dogs were “required to search large numbers of vehicles without proper shelter, sanitation, and care.” One official reportedly presented several examples of canines dying of heat exhaustion. The report revealed that Zoe, a two-year-old female Belgian Malinois that was sent to Jordan in 2016, died of hyperthermia, or a heat stroke.

A veterinarian told investigators that “heat injuries are cases of negligence and improper care and are not accidental,” and in the case of Zoe, her death was the result of being assigned to an untrained handler.

The report noted that Athena, another two-year-old Belgian Malinois that arrived in Jordan in 2017, lived in a kennel that was covered in dirt and feces. She was sent back to the US in an emaciated state. Her condition was found to be the result of inadequate feeding, the report explained. She made a full recovery after being properly nourished.

Jordan is the largest recipient of U.S.-trained explosive detection dogs, Stars and Stripes
reported Friday, and despite concerns about the health and well-being of these animals, the U.S. has continued to send canines to Jordan.

The Office of the Inspector General recommended that the Department of State “cease providing canines to Jordan until there is a sustainability plan in place to ensure canine health and welfare.” The department agreed to comply with all recommendations except this one.

The department has reportedly been investing more heavily in efforts to improve Jordan's program, such as sending veterinarians to the country to assist.

There are at least nine other participating countries, but the US has struggled to collect information on the status of service dogs in those countries.