A border agent in South Texas has been arrested by authorities hunting a serial killer who's terrorized women in the Laredo... 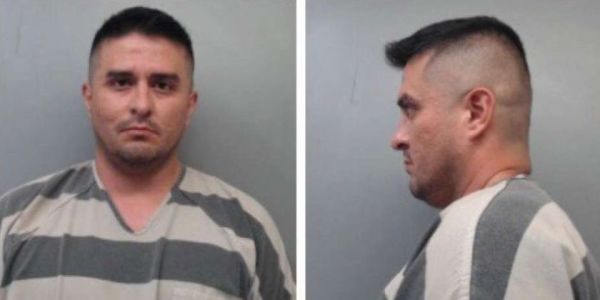 A border agent in South Texas has been arrested by authorities hunting a serial killer who's terrorized women in the Laredo area this month.

He faces four counts of murder and one count of aggravated kidnapping, authorities said.

“The county, the city can rest assured we have the serial killer in custody,” Webb County Sheriff Martin Cuellar said, according to the Laredo Morning Times.

Ortiz, a 10-year veteran and department supervisor at the U.S. Customs and Border Protection and a U.S. Navy veteran, fled from state troopers and hid in the parking lot of Hotel Ava in Laredo, where he was arrested, authorities said.

Authorities were led to Ortiz after a woman who accused him of trying to kidnap her escaped from him, according to Webb County District Attorney Isidro Alaniz.

He's suspected of killing four women and abducting a fifth. Two of the victims were found earlier this month along Interstate 35 in rural northwest Webb County, the Morning Times reports.

The third and fourth were found this weekend in the same area. Two of the victims have been identified, according to the Morning Times: 29-year-old Melissa Ramirez, a mother of two from Laredo; and 42-year-old Claudine Anne Luera, who died later at a hospital.

Officials said she had head trauma but offered no further details.

Alaniz told The Associated Press that all the women worked as prostitutes. Authorities are still trying to determine a motive for the killings. Officials said they were all killed in a similar manner but did not provide details.

The Texas Rangers and Webb County sheriff have been investigating the killings, with help from the Laredo police.

“We want to reassure the citizens of Laredo that the community and your families are safe,” Laredo police said in a written statement. “There has been a recent breakthrough in the investigations and there has been someone detained.”

Andrew Meehan, assistant commissioner for public affairs for U.S. Customs and Border Protection, issued a statement about the case.

“Our sincerest condolences go out to the victims' family and friends. While it is CBP policy to not comment on the details of an ongoing investigation, criminal action by our employees is not, and will not be tolerated,” Meehan said, according to AP.

Meehan said his agency's Office of Professional Responsibility, the U.S. Border Patrol and the Department of Homeland Security Office of the Inspector General are fully cooperating with all investigators, the AP reported.

Ortiz is the second border agent from the Laredo sector accused of multiple murders this year.

Burgos-Aviles and Hernandez had been in a romantic relationship, and he was later arrested on two counts of capital murder, police said at the time.

The Associated Press and Laredo Morning Times contributed to this report.