An organizer of South Boston's St. Patrick's Day Parade has attempted to reverse the Allied War Veterans Council's decision to... 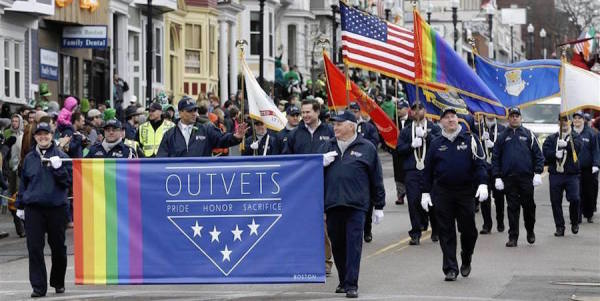 The Allied War Veterans Council drew controversy this week when word leaked out that they decided against allowing OUTVETS to march. Boston Mayor Marty Walsh and Massachusetts Gov. Charlie Baker said they planned to skip the parade if OUTVETS couldn't participate.

OUTVETS is reviewing the invitation to march as questions swirl about how the reversal happened, and whether it was the work of the whole council or just one of its members, and whether that member had the authority to extend the invite.

The council defended its initial decision in a statement posted to its website Thursday.

“The Council reviews the parade presentations of all applicants prior to any official acceptance,” the council said. “Outvets was informed that our Code of Conduct prohibits 'the advertisement or display of one's sexual orientation,' and that the 'rainbow' flag on its banners and logo was in violation of this rule.”