Bragg Boulevard Will Close Permanently To Through Traffic Next Week

After years of planning, Bragg Boulevard through Fort Bragg will permanently close to some traffic starting next week. On Aug.... 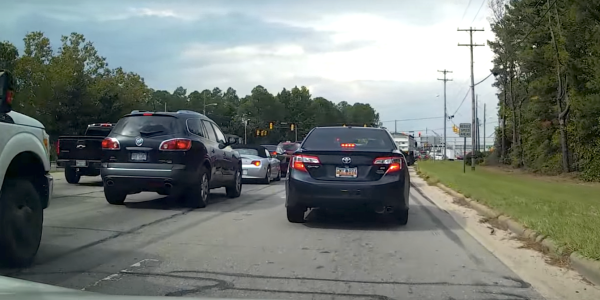 After years of planning, Bragg Boulevard through Fort Bragg will permanently close to some traffic starting next week.

On Aug. 17, northbound traffic from Fayetteville will be routed off the highway, which is N.C. 87, according to the state Department of Transportation.

The change will create a new traffic pattern for a major thoroughfare that sees 55,000 to 60,000 vehicles each day.

By the end of the year, all traffic through post is expected to be routed around Bragg Boulevard, said James Flowers, assistant resident engineer for the DOT. When that happens, motorists will need to use Murchison Road to travel between Spring Lake and Fayetteville, and exit off Randolph Street to reach Fort Bragg.

Flowers said northbound lanes of Bragg Boulevard are expected to close on Wednesday, Aug. 17, between Randolph Street and Butner Road on post. Southbound lanes will remain open for now.

Barring any weather delays, crews will begin working on that northern portion of the boulevard to create a new, permanent traffic pattern.

Sometime before the end of the year, southbound traffic also will be rerouted away from post, Flowers said.

That puts engineers on pace to meet a goal stated earlier this year to close Bragg Boulevard to through traffic by the end of 2016.

That decision has been long awaited by officials on post and in Spring Lake and Fayetteville.

In recent months, road construction related to the closure has clogged roads around post, particularly in Spring Lake, where a new overpass was recently opened to allow better access across the wider roadway.

The closure of Bragg Boulevard to through traffic has been dependent on the Spring Lake road projects, the widening of Murchison Road completed in recent years and the ongoing construction of the future Interstate 295.

The latest portion of that roadway, which will link Fort Bragg to Interstate 95, is expected to open Thursday.