Brian Dennehy, a tough-guy actor who learned how to kick ass in the United States Marine Corps and was best known for taking on Rambo in "First Blood," died at his home in New Haven, Connecticut at age 81. 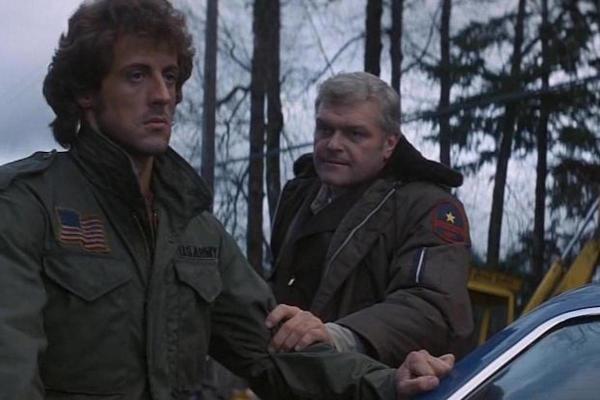 Brian Dennehy, a tough-guy actor who learned how to kick ass in the United States Marine Corps and was best known for taking on Rambo in “First Blood,” died at his home in New Haven, Connecticut at age 81. The family issued a statement that attributed his death to natural causes.

Dennehy, a Connecticut native, served in the Marines from 1959-1963, including on Okinawa. He later attended Columbia University on a football scholarship. After college, he earned a Master of Fine Arts degree from the Yale Drama School. After he completed his education, Dennehy worked for Merrill Lynch as a stockbroker before his acting career took off in the 1970s.

Despite his actual military service as a Marine, Dennehy had long standing issues with the truth about that service. For years, he told stories about imaginary combat duty in Vietnam that resulted in a non-existent war injury. Busted, he apologized in 1998, but those falsehoods crept back into his war story repertoire within a decade.

While Dennehy was a Marine, he was also a guy who exaggerated his military service to impress other people. If you're willing to forgive him for that, you can appreciate an amazingly impressive acting career for a guy who didn't appear on screen until he was 39 years old.

Dennehy had a stellar reputation as a gifted dramatic actor on stage in New York and, like a lot of talented actors, that confidence made him willing to take on pretty much any role that was attached to a paycheck. He did great movies and terrible ones and always brought the same gusto to every performance.

Here are five of his most memorable.

Dennehy became a star for his performance as the small town sheriff who doesn't want any transient Vietnam veterans hanging around his clean and stable community in rural Washington state.

Sheriff Teasle tortures and taunts John Rambo to the breaking point, and Rambo would've finished him off if Col. Trautman hadn't intervened. Dennehy lived almost another 38 years after that bloody encounter. How many people can say they fought Rambo and lived to tell about it?

It's the 25th anniversary of Chris Farley's best movie. Who could've been a better choice to play Tommy Callahan III's burly father than Brian Dennehy? Big Tommy may not have the largest role in the movie, but Dennehy makes quite an impression during his own reception after marrying Bo Derek.

Brian is Walter, leader of an alien mission sent to retrieve the cocoons of his fellow aliens who survived the sinking of Atlantis. The cocoons are stored in a swimming pool next to a retirement home and the old folks who sneak over to use the pool find their ailments cured by swimming in the same waters as the hibernating aliens.

If that sounds weird, remember that the movie was a giant commercial success back in the '80s. It cemented Ron Howard's reputation as a bigtime director, won a couple of Oscars and spawned a sequel that Brian also briefly appeared in.

Dennehy stars as a police lieutenant who teams up with a special effects wizard played by Bryan Brown to take down a corrupt federal agent. It's got everything cheesy you'd want from the era: awful haircuts, ridiculous costumes and a blaring synthesizer soundtrack. The low-budget movie was a surprise hit.

Five years later, Dennehy and Brown reunited for “F/X 2.” It wasn't the '80s anymore and the plot wasn't quite as intricate as the first one. If you love “F/X,” you won't regret “F/X 2” but the sequel is for hardcore fans only.

This 2007 Pixar movie, which won the Oscar for Best Animated Feature, truly divides the audience. It's either the beloved tale of a young rat who dreams of being a French chef and learns his trade in a Parisian restaurant or the world's grossest movie about RATS in the kitchen touching FOOD.

Dennehy does the voice for Django, the father of the lead character Remy (Patton Oswalt) and leader of his rat clan. He's a dad who doesn't understand his kid's dreams but overcomes his doubts and supports his son when it counts.