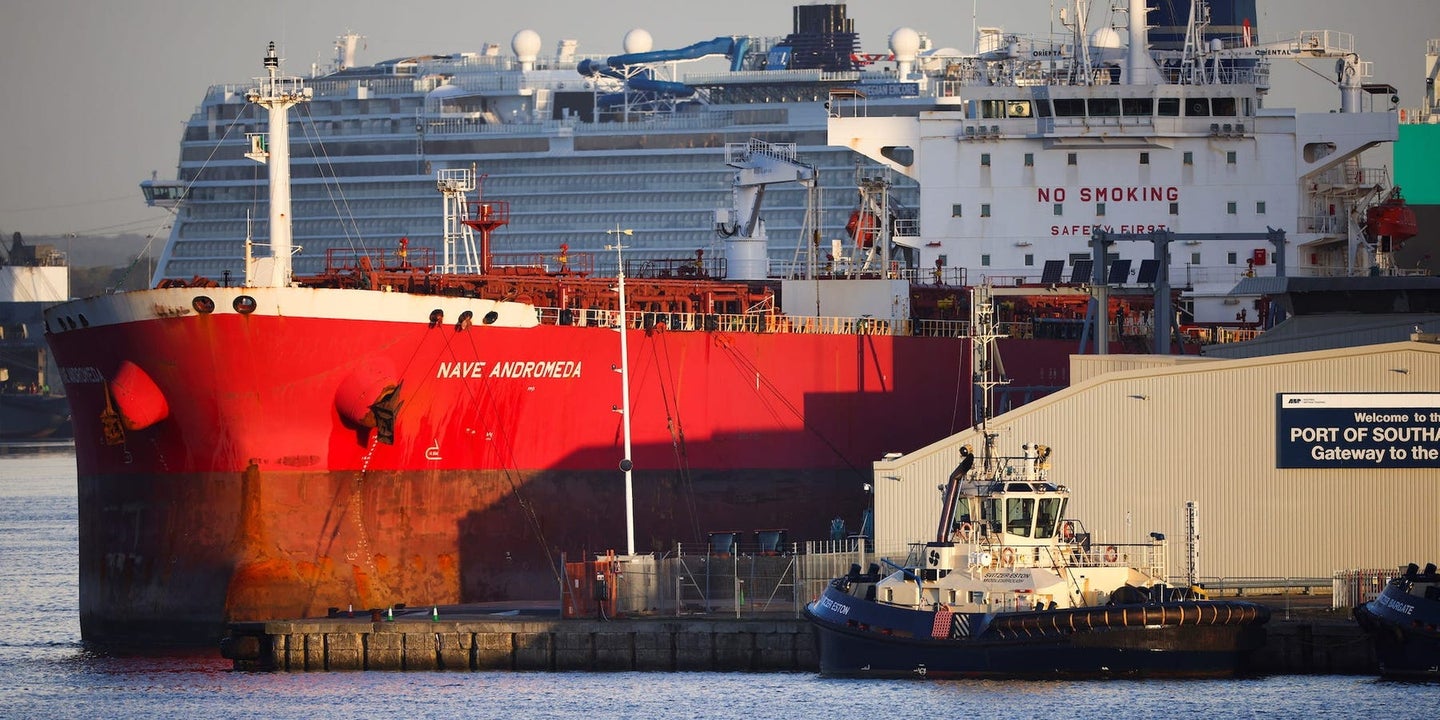 SOUTHAMPTON, England (Reuters) – British special operations forces stormed a Greek-operated oil tanker in the English Channel on Sunday to wrestle control of the vessel from seven stowaways who had threatened the crew in a suspected hijacking.

Troops from the Special Boat Service, a navy special forces unit whose headquarters in just a few miles away from where the vessel began showing signs of distress, boarded the Nave Andromeda near the Isle of Wight off southern England.

Defence Secretary Ben Wallace and Home Secretary Priti Patel authorised the armed forces to board the ship “to safeguard life and secure a ship that was subject to suspected hijacking,” the defence ministry said.

“Armed forces have gained control of the ship and seven individuals have been detained,” the ministry said. “Initial reports confirm the crew are safe and well.”

The defence ministry declined to confirm or deny the involvement of the SBS – in line with British government policy of not commenting on special forces operations.

But a source with knowledge of the matter said the SBS were involved. SBS operations are usually classified. Former Royal Navy warfare officer Chris Parry said the SBS had been involved.

The navy’s Special Boat Service, considered a sister unit to the Special Air Service Regiment (SAS), is one of Britain’s most secretive special forces units.

An elite maritime counter-terrorism unit, the SBS traces its history back to World War Two and has been involved in many of the conflicts of the past 70 years including Afghanistan and Iraq.

The SBS’s closest equivalent in the United States is the SEAL Team Six, or Task Force Blue.

It was not immediately clear where the stowaways were from or what their intentions were.

Thousands of illegal economic migrants and would-be asylum seekers have sought to cross the English Channel from France to reach British shores this year, often paying people traffickers to help them traverse one of the world’s busiest shipping lanes in overloaded rubber dinghies.

Police said the crew had been subject to threats from the stowaways and that they were working with coastguard and border forces to resolve the situation.

“They had made verbal threats towards the crew. No one has been reported injured,” a police spokesman said.

Refinitiv vessel tracking data showed the Liberia-flagged Nave Andromeda had been expected to arrive in the English port of Southampton at 1030 GMT on Sunday. The vessel had left from Lagos, Nigeria, the data showed.

The Nave Andromeda’s registered owner is Folegandros Shipping Corp, and the vessel is managed by Greek shipping company Navios Tankers Management Inc., according to Refinitiv.

In December 2018, British forces stormed an Italian cargo ship and regained control after stowaways threatened crew as it sailed close to the southeast coast.