A clothing and goods wholesaler from Brooklyn pleaded guilty Thursday to participating in a conspiracy to sell more than $20 million worth of Chinese-made counterfeit goods to the U.S. military and other government purchasers and suppliers 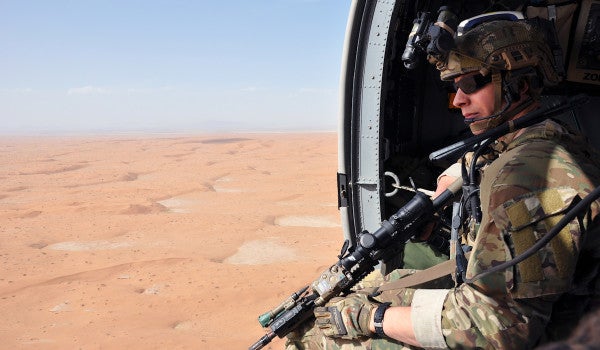 PROVIDENCE — A clothing and goods wholesaler from Brooklyn pleaded guilty Thursday to participating in a conspiracy to sell more than $20 million worth of Chinese-made counterfeit goods to the U.S. military and other government purchasers and suppliers.

Among the items that Ramin Kohanbash, 49, and others arranged to counterfeit were 200 military parkas used by U.S. Air Force personnel stationed in Afghanistan, according to a news release from the office of U.S. Attorney Aaron L. Weisman. The parkas were falsely represented to be genuine Multicam fabric, which incorporates technology designed to be more difficult to detect with night-vision goggles.

Other items carried labels that made false representations of product safety, such as stating that hoods intended for military and law enforcement personnel were flame-resistant, when they were not.

“Our men and women in uniform confront danger every day to defend this nation and its values,” Weisman said. “The uniforms they wear and the gear they carry are meant to protect them as they carry out their mission, not to put them in harm's way. This case should serve notice that suppliers who do business with the military must comply with the law, or they will be held to account.”

Weisman said counterfeit goods were shipped from China to Kohanbash and sold to other wholesalers who ultimately marketed and sold them to government buyers.

Kohanbash pleaded guilty to conspiracy to commit wire fraud and trafficking in counterfeit goods in U.S. District Court, Providence. He is scheduled to be sentenced by by U.S. District Court Chief Judge William E. Smith on Jan. 17.

SEE ALSO: The US Military Bought Thousands Of Boots Labeled 'Made In The USA.' They Were From China