Citing his extraordinary leadership and bravery under fire, the Army paid tribute to Andrew Bundermann with the military's second-highest honor — the Distinguished Service Cross — during a ceremony at the University of Minnesota on Thursday 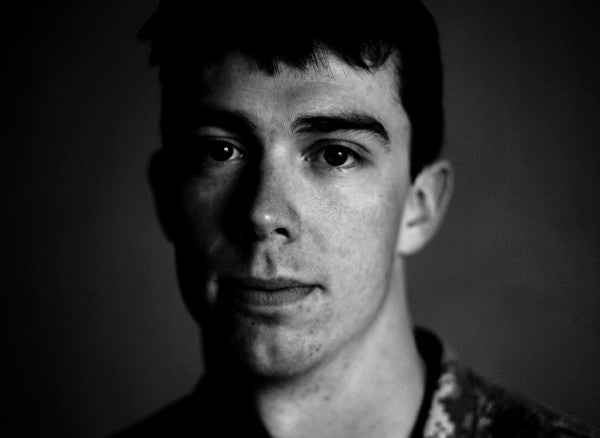 With more than 300 Taliban fighters firing rocket-propelled grenades, mortars and heavy weapons at 54 soldiers trapped in a remote mountain outpost in Afghanistan, Andrew Bundermann quickly realized his platoon was in deep trouble.

Then, drawing on his training, the young U.S. Army 1st lieutenant from Bovey, Minn., got to work.

Taking it one step at a time, Bundermann kept his cool and executed what his former commander called “tactical genius and amazing heroism” to save the lives of all but eight of his men in the 2009 Battle of Kamdesh, one of the largest firefights of the war.

On Thursday, citing his extraordinary leadership and bravery under fire, the Army paid tribute to Bundermann, awarding him the military's second-highest honor — the Distinguished Service Cross — during a ceremony at the University of Minnesota.

Bundermann, now 33 and living in Ham Lake, said in an interview before the ceremony that he was feeling “a little conflicted” about it. While he appreciated the honor and was proud to talk about his troops, it was most important, he said, to pay tribute to the eight soldiers under his command who died defending Combat Outpost Keating, a remote encampment that sat like a bullseye at the base of three steep mountains about a dozen miles from the border with Pakistan.

The best thing about getting the award, Bundermann said, was getting a chance to talk to people and “really making sure you're sharing the heroism of those eight guys who didn't make it back.”

Maj. Stoney L. Portis sang Bundermann's praises. Portis had previously nominated Bundermann for the Silver Star for his valor. That award, given to him in 2010, was one of just a dozen that was recently upgraded after the Department of Defense ordered a review of medals awarded soldiers who fought in Afghanistan and Iraq.

“Your dad is an American hero,” Portis said, addressing Bundermann's family, which included his wife, Katrina, and their three children. “More importantly, your dad is a good and honest man and an incredible role model.”

Battle on the front lines

U.S. Soldiers with Bravo Troop, 3rd Squadron, 61st Cavalry Regiment, 4th Brigade Combat Team, 4th Infantry Division pose for a photo after a mission in Afghanistan in 2009. Bundermann is standing in the center of the back row.

After growing up on the Iron Range, Bundermann enrolled at the U as cadet in the Reserve Officer Training Corps. He graduated in 2007 with a degree in American History and entered the Army as a first lieutenant serving with Troop B, 3d Squadron, 61st Cavalry Regiment, 4th Brigade Combat Team, 4th Infrantry Division.

Less than two years later, he found himself on the front lines of the war in Afghanistan.

Portis had been in command of the platoon for less than two weeks when, on Oct. 3, 2009, the Taliban attacked Combat Outpost Keating while he was away visiting a mountain observation post. Bundermann was acting commander when the Taliban opened fire about 6 a.m. from the mountainsides and from a nearby town where they'd overtaken a police station.

Wearing shorts and a pair of flip-flops, Bundermann raced into action.

Portis tried desperately to return to the outpost by helicopter but was turned away when ground fire cut the fuel line. The Taliban soon took control of the landing zone, preventing another attempt by air, he said.

Bundermann said in a 2017 interview on RealClearDefense.com that the base came under withering fire from all directions and from a variety of weapons. It quickly became clear to him that it wasn't a typical attack, where the Taliban tried to test the troops' response before retreating.

“They were trying to win,” Bundermann said in the interview.

Explosives rained down on the outpost every 20 seconds for the first two hours of the assault, Portis said, with the bombs setting fire to nearly every building. The enemy took out the power supply, knocking out communications. Bundermann and his troops eventually re-established contact with a satellite phone they used to coordinate air support.

Bundermann determined that the fire coming from the police station in the nearby town was from the Taliban — not just mistaken shots by friendly police who were confused by the “fog of war” — and directed an airstrike that destroyed it, Portis said.

But the Taliban, which filmed the battle, kept coming. They eventually breached the perimeter of the outpost, forcing Bundermann to make the difficult decision to pull back to what the troops called “the Alamo position,” leaving eight or nine soldiers on the perimeter to fend for themselves.

In the midst of the battle, Bundermann took time to donate a unit of his blood to a badly wounded soldier who would later die.

Retired Staff Sgt. Clinton Romesha said in an interview on CBS television that at one point, he turned to Bundermann during the fight and said, “We need to take this bitch back.”

Bundermann agreed, which he later called his most critical decision of the battle.

“You're vulnerable until you can put the enemy back on his heels,” he said Thursday.

'An inspiration to us all'

Romesha, who attended the award ceremony at the U, led five volunteers out to rout the Taliban from the outpost, earning the Medal of Honor for his actions.

A quick reaction force fought its way down the mountain from the observation post to join the battle 13 hours after the assault began. Bundermann called in a series of massive airstrikes, eventually driving out the Taliban, who lost 100 men during the battle.

The Army found later that there was no tactical reason to have the base in such a vulnerable position and bombed it to dust.

“I am deeply aware that you would rather have eight of your friends and comrades here today than be presented with this award,” James said.

But recognizing the past deeds of heroic soldiers is the best way to inspire others, he added.

“So thank you for serving as an inspiration to us all.”

Bundermann left active duty in 2012 and fulfilled his military obligation in the Inactive Ready Reserve last year as a captain. He now works for an ice company overseeing two manufacturing facilities and seven distribution centers in Minnesota and the Dakotas.

“I loved the Army and certainly miss certain aspects of it,” he said. “I can't say enough how much I love that organization.”

SEE ALSO: 2 New Movies Will Profile One Of The Military's Most Heroic And Desperate Battles