“For a senior officer to make this mistake is unforgivable." 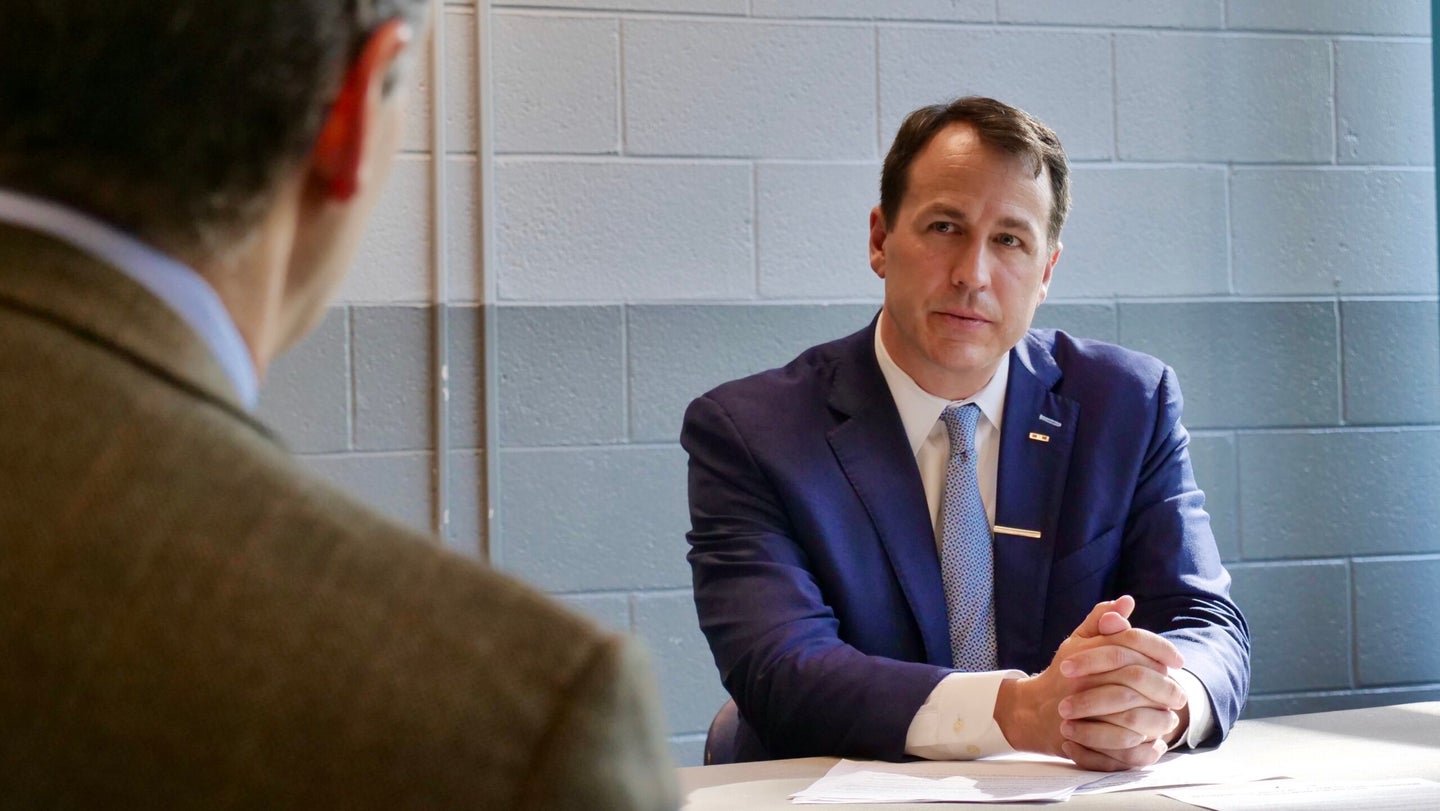 WASHINGTON — North Carolina Democratic U.S. Senate candidate Cal Cunningham, a married father of two, sent text messages of a sexual nature to a woman who is not his wife, his campaign confirmed Friday night.

The text messages between Cunningham and Arlene Guzman Todd, a public relations strategist from California, were first reported Thursday night by NationalFile.com.

The report included pictures of the text messages, in which Cunningham and Guzman, who is also married according to the report, talked about kissing each other and more.

“Would make my day to roll over and kiss you about now,” said one text message from Cunningham.

In one text from Guzman, she says: “I have flexibility this month — done with school, training, big RFPs, etc. So the only thing I want on my to do list is you.”

The text messages do not contain dates. In one of them, Cunningham indicates he is “nervous about the next 100 days.” Election Day is Nov. 3. One hundred days before that would have been July 26.

The Cunningham campaign confirmed the authenticity of the text messages.

Cunningham, who has been leading in polling in his pivotal U.S. Senate race against Republican incumbent Thom Tillis, said Friday night that he is not dropping out of the race.

“I have hurt my family, disappointed my friends, and am deeply sorry. The first step in repairing those relationships is taking complete responsibility, which I do. I ask that my family’s privacy be respected in this personal matter,” Cunningham said in a statement sent to The News & Observer.

“I remain grateful and humbled by the ongoing support that North Carolinians have extended in this campaign, and in the remaining weeks before this election I will continue to work to earn the opportunity to fight for the people of our state.”

On Saturday, the Democratic Senatorial Campaign Committee, which endorsed Cunningham during the primary campaign, said they’re sticking by him and will continue to run ads on his behalf in North Carolina.

“North Carolinians are supporting Cal because he will protect health care coverage for preexisting conditions, fight to bring down the costs of prescription drugs, and help our country recover from this crisis. We are confident that he will bring the same courage and determination to the Senate as he has while serving our country in uniform,” said Lauren Passalacqua, the group’s communications director.

He currently serves in the Judge Advocate General Corps and has been a member of the Army Reserve since November 2002.

Extramarital affairs are a violation of the Uniform Code of Military Justice. Whether Cunningham could face charges under the UCMJ may depend upon whether he was on active duty at the time the extramarital activity took place.

According to the Reserve Officers Association, in most situations “you are only subject to the Uniform Code of Military Justice (UCMJ) when on active duty.”

“If these messages were not sent when he was in duty status they are not punishable under the UCMJ,” said Eugene R. Fidell, a former U.S. Coast Guard judge advocate and current adjunct professor at NYU Law School. “Based on what we currently know, this is not a UCMJ matter.”

Reservists typically train one weekend a month and two weeks a year, then return to their civilian jobs for the remainder of the time unless they are on orders.

Sean Kilbane, a U.S. Army Reserve veteran who was injured in combat in Afghanistan, called Cunningham’s actions “egregious.” Kilbane worked as a campaign manager for former Republican U.S. Rep. Robert Pittenger during his failed 2018 reelection bid. On his Instagram page, Kilbane calls himself a Tillis supporter, and he appeared earlier this year in a political ad saying that the senator “demanded quality health care for veterans.”

“For a senior officer to make this mistake is unforgivable,” Kilbane said of Cunningham. “This undermines the chain of command. And it undermines all of our service values.”

Cunningham previously served in the North Carolina state Senate and ran unsuccessfully for the Democratic nomination for the U.S. Senate in 2010.

He grew up in Lexington and lives in Raleigh.

Cunningham met his wife, Elizabeth, in 1997 and the couple have two teenage children.

Arlene Todd is listed as the media director for Potnt, which on its web page advertises itself as “one of the most valued public relations and integrated marketing agencies in the cannabis, hemp and ancillary spaces.”

The company has offices in offices in five cities nationwide, including one in Charlotte.

Arlene and her husband, Jeremy Todd, owned a home on Leslieshire Drive in Raleigh from January 2014 to August 2015, public records show.

Todd’s husband, Jeremy, served for years in the U.S. Army, and as of 2016 had been deployed to combat five times, according to a story in the University of Southern California News. Jeremy Todd was seriously injured during a proficiency parachute jump at Fort Bragg, according to the story.

A change.org petition submitted by Todd states that her husband had served in the Army for 19 years, and that he “recently submitted his Continuation of Active Duty Request (COAD), enabling him to complete his twenty years of Army Service and receive his full retirement, but unfortunately, he was denied.”

The petition states that he was deemed “unfit” to continue service after completing medical evaluations.

Todd did not return a McClatchy reporter’s voicemail message on Saturday afternoon.

It has been a news-filled three days in the Senate race.

Cunningham announced Thursday that he had raised a record-setting $28.3 million in the third quarter of 2020. Later that day, Cunningham and Tillis met for their third and final debate of the campaign.

Tillis announced Friday night that he has tested positive for the coronavirus.

With less than five weeks until Election Day, the developments have upended both campaigns. The Cunningham Tillis race has been the nation’s most expensive Senate contest, and it could help determine the balance of power in the upper chamber.

“It’s chaos — it’s really what I see it is,” David McLennan, a political science professor at Meredith College in Raleigh, told the Associated Press.