“The priority right now is community and life safety." 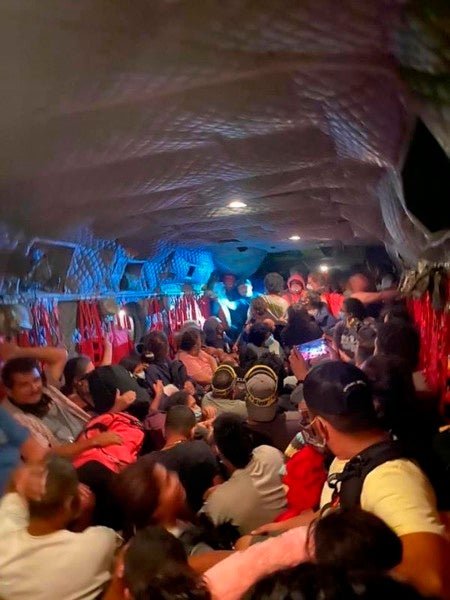 A brush fire in the Sierra National Forest exploded Saturday, consuming more than 36,000 acres, threatening local communities and trapping 150 near a popular reservoir.

The fast-moving Creek fire cut off evacuation routes to Mammoth Pool Reservoir, according the Madera County sheriff’s office. All of the people were reported safe but 10 of them suffered some type of injury, the sheriff’s office said.

The California National Guard assisted in a major rescue operation Saturday night, using a CH-47 Chinook helicopter to help airlift people trapped by the fire, including some who are injured, according to General Daniel Hokanson, chief of the National Guard Bureau. Hokanson said in a tweet that dozens of people had been taken to CalGuard facilities & were met by medics & civilian first responders.

The Fresno Fire Department said several aircraft were transporting multiple victims to the Fresno Yosemite International Airport but that it was unclear how many there were or the severity of their injuries.

Sierra National Forest spokesman Dan Tune said those trapped in the reservoir area were not in imminent danger since the fire front has moved past them and was headed north. But people have been advised to shelter in place while strike teams of engines and hand crews try to clear evacuation routes and contain the fast-moving flames.

The blaze is still zero percent contained. Tune said firefighting resources — “as much as we can spare” — are being redeployed to the area.

The fire is also threatening a number of structures and power lines.

“The priority right now is community and life safety,” he said.

Residents of Huntington Lake, Camp Sierra and Big Creek in Central California were ordered to evacuate, and portions of Highway 168 were shut down, the Fresno County Sheriff’s Office said. Shaver Lake was closed.

In total, about 2,000 structures were threatened, authorities said.

The Creek fire started about 6:45 p.m. Friday in the Big Creek drainage between Shaver Lake, Big Creek and Huntington Lake, the U.S. Forest Service said in a statement.

It had grown to about 2,000 acres by Saturday morning and by the afternoon, it was at 5,000 acres, officials estimated.

About 450 firefighters were fighting the blaze with 20 engines, two helicopters and three air tankers, the Forest Service said. The cause of the fire was under investigation.

The fire was burning in steep and rugged terrain amid high temperatures, with much of the region in the grips of a potentially record-breaking heat wave.

Authorities were asking that anyone scheduled to visit the area during the holiday weekend to make alternate plans.