California National Guard to transgender troops: ‘Nobody’s going to kick you out’

One of the highest-ranking officers in the California National Guard told lawmakers on Tuesday that the state is not removing... 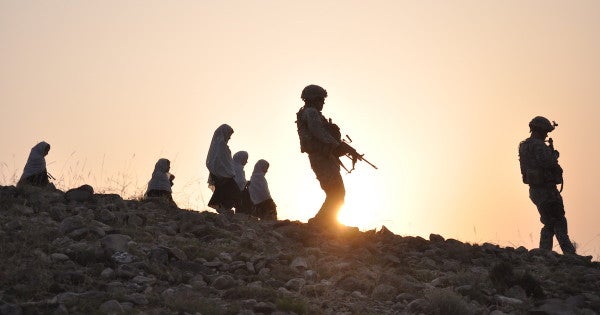 One of the highest-ranking officers in the California National Guard told lawmakers on Tuesday that the state is not removing transgender soldiers and airmen from its ranks despite efforts by the Trump administration to bar transgender people from the U.S. military.

“As long as you fight, we don't care what gender you identify as,” said Maj. Gen. Matthew Beevers, the assistant adjutant general for the California National Guard.

His remarks to the Assembly Veterans Affairs Committee came less than a month after the Supreme Court in a 5-4 decision allowed President Donald Trump's 2017 ban on transgender military service members to proceed. Trump announced the ban on Twitter, reversing an Obama administration policy that permitted people who identify as transgender to serve openly.

Trump's directive has been challenged by several states, including California where Attorney General Xavier Becerra joined with Equality California in a lawsuit to argue that Trump's policy discriminated against transgender residents who wanted to enlist in the military.

One more appeal, from Maryland, is still delaying the Trump administration from fully enacting its ban on new enlistments from people who identify as transgender, Stars and Stripes reported this week.

Trump wrote in his order that he did not believe the Obama administration adequately studied military readiness when it opened the armed forces to transgender people. “Our military must be focused on decisive and overwhelming victory and cannot be burdened with the tremendous medical costs and disruption that transgender in the military would entail.”

The Rand Corp. in June 2016 released a study that concluded fewer than 6,630 transgender people serve in the military, that only a fraction of them seek gender-related medical treatments and that their gender-transition health costs would be “relatively low” at less than $8.4 million a year.

Ash Carter, President Obama's defense secretary, argued that allowing troops who are transgender to serve openly would ensure that anyone who was “able and willing to serve” would have had an opportunity join the military.

Beevers told lawmakers “I believe the ban (on transgender troops) will be lifted again.”

“At the end of the day, we're not compelled to measure it, so we don't,” he said.

Beevers said transgender troops in the National Guard would be allowed to continue to serve if they pursue gender reassignment surgery.

“Nobody's going to kick you out,” he said.

WATCH NEXT: Coming Out: A Transgender Airman's Story