Fighter pilots, a top military prosecutor, Special Forces officers and a colonel who hoped to head the organization all allege a pattern of both retaliation against whistleblowers and others who accuse their superiors of misconduct and a failure of the California National Guard's justice system to protect them 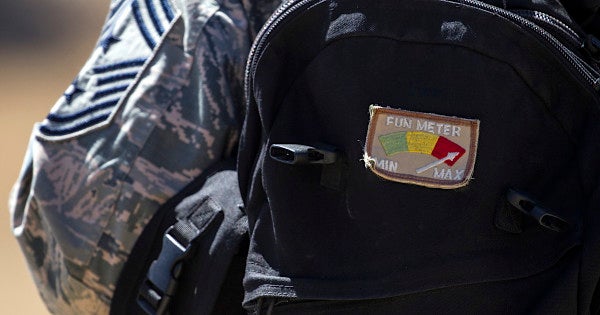 Allegations of retaliation against whistleblowers in the California National Guard are more widespread than the complaints made at a Fresno air base that led to a dramatic leadership shakeup of the organization earlier this month, The Times has found.

Interviews with current and former Guard members and an examination of internal documents show that complaints go well beyond Fresno and extend to the army side as well. The allegations have come from fighter pilots, a top military prosecutor, Special Forces officers and a colonel who hoped to head the organization.

They allege a pattern of both retaliation against whistleblowers and others who accuse their superiors of misconduct and a failure of the Guard's justice system to protect them.

“When a person blows the whistle on wrongdoing, they face almost a guarantee of retaliation,” said Dwight Stirling, a reserve judge advocate who heads the Center for Law and Military Policy and alleges he was targeted for investigation after he reported possible misconduct five years ago. “It's meant, as in all cases of retaliation, to send a message that if you hold the managers to account, if you bring to light their misconduct, that they're going to make you pay for it.”

After a Times investigation detailed whistleblower complaints and other misconduct allegations at the 144th Fighter Wing in Fresno, an inspector general for the California Military Department, which oversees the air and army branches of the Guard, found that a culture of reprisal afflicted the wing.

The problems led to the recent ouster of the air Guard's top commander and two high-ranking officers at the Fresno base. The department also directed the air Guard's new commander to put together “climate assessments” of the wing leadership.

In the wake of The Times' reporting, state Sen. Tom Umberg (D-Santa Ana) has proposed stronger protections for whistleblowers in the Guard, something he had tried to do more than a decade ago — without success — while in the state Assembly.

A bill Umberg introduced in February would require the Military Department's inspector general to report to the governor instead of the adjutant general who leads the organization, his office said. Umberg, a retired U.S. Army colonel, is also pushing to include a provision that would allow whistleblowers to sue for economic damages.

“I'm certainly troubled by the acts that I've read about,” Umberg said. “As a career military officer, it's antithetical to the culture of the military, which demands respect for all military members.”

A hearing on the bill is scheduled for Tuesday.

The Military Department could not provide complete numbers on alleged reprisals in California, so it's difficult to quantify the scope of the problem, including whether it has been growing. The department declined to comment on the multiple reprisal accusations.

In all but one of the last five years, the number of complaints reported to the National Guard Assn. of California, a nonprofit veterans group which is backing Umberg's bill, has increased or stayed the same, averaging more than a half-dozen annually in recent years, said its legislative director, retired Col. John Haramalis.

His review of them shows the allegations routinely are given a cursory investigation, if any, then swept under the rug, he said.

Haramalis, who said he once interviewed with then Gov. Jerry Brown to lead the Military Department, had his own experience with making a reprisal complaint.

He alleges that the head of the Military Department, Maj. Gen. David S. Baldwin, improperly blocked him from transferring to another state to prevent him from promoting. When Haramalis complained, he said, Baldwin questioned senior officers at the National Guard Bureau for negative information to use against him.

Inspectors general for the Department of Defense and each military service are responsible for investigating misconduct and whistleblower complaints.

“You either get no investigation or a sham investigation,” said Haramalis, who spent more than three decades in the Guard. “The end results are identical — case closed with no further action. By shielding Guard senior leadership from any consequences of their actions, the IG has become the enabler of the very misconduct they were supposed to address. The system has completely collapsed.”

Michael Wise says that's what happened in his case. Wise, a state deputy attorney general, retired from the Guard's Special Forces last year as a colonel and decorated combat veteran. He said he faced retaliation for supporting a major in his command who reported that soldiers were short-changed because of persistent problems in the Guard's payroll system.

Wise and the major, John Trent, said the Guard accused them of improperly recommending denial of a soldier's request for a transfer to another state, which would allow him to avoid a combat deployment overseas. Wise and Trent filed inspector general complaints alleging reprisals.

“They dismissed my IG complaint without interviewing my witnesses,” Wise said. “The IG system as a whole has been absolutely worthless. … Whistleblowers are not tolerated in the Guard, that's the bottom line.”

Trent said he is still pursuing his case. He said the decision to challenge his superiors ended his chances of promotion to lieutenant colonel, even though he's the most-senior major in the Guard's Special Forces. The last time he applied, Trent said, a lesser qualified candidate got the position.

“They have a good ol' boy system in place, and anything that attacks that system, they're going to defend against with all their might,” he said.

“Once they were called on the carpet for that pay issue, they just retaliated against me and attempted to end my career.”

At the 144th Wing, at least five Guard members, including a pilot who was killed in October in a crash during a training mission in Ukraine, have filed retaliation complaints, The Times found. Two of the complaints stemmed from a March 2015 incident in which Staff Sgt. Jennifer Pineda found that someone at the Fresno base had urinated in the boots she had left in a bathroom overnight.

The incident and its aftermath fueled suspicions that high-ranking officers mishandled two investigations to find the perpetrator and tried to bury the episode to protect someone who may have been involved, according to interviews and Guard records obtained by The Times.

Pineda and Lt. Col. Rob Swertfager, a pilot who spoke up for her, filed complaints.

The Times investigation led to the removal earlier this month of Maj. Gen. Clay Garrison, the top commander of the air Guard. He was pushed out because the Military Department had lost “faith, trust and confidence” in his ability to lead, a spokesman said. Two 144th commanders — Col. Dan Kelly and Col. Victor Sikora — were also ousted.

A report by the Military Department's inspector general said there's at least “the perception of reprisal” at the 144th. The new commander of the air Guard, Brig. Gen. Greg Jones, was instructed to work to “restore the confidence and trust in the IG system” at the Fresno base.

Stirling said he wrestled with a similar lack of confidence and trust.

“I'd say the vast majority of people who know about wrongdoing don't dare to say a word,” Stirling said. “They are faced with a conflict of, do they do what's right and blow the whistle? Or do they look out for their career and their livelihood?”

He enlisted in the Army Guard after the Sept. 11 attacks, eventually becoming its head prosecutor.

Supervisors praised him in evaluations as having “limitless” potential and being “more than a first-rate” judge advocate, according to his evaluations.

He said that all changed in 2014, when he reported that a handful of military lawyers in the Guard were not licensed to practice law in the state. One had failed the bar exam in California, Stirling said, but later passed it in South Dakota. He was then hired as a judge advocate in the California Guard.

“That's just blatantly against the rules,” Stirling said. He took his complaint to to the state bar that year.

Within months, he said, he was put under a sham investigation. Three years went by, he said, before he'd learned the details of the inquiry, which barred him from promotions while it remained open.

Stirling said he never was given an opportunity to challenge the allegations, which focused on a court-martial where he and his supervisors sought the immediate imprisonment of a soldier convicted of sexual assault.

He said the judge who signed off on the incarceration later launched an investigation into Stirling and accused him of failing to disclose that case law prohibited the judge from imprisoning the soldier without first getting approval from the commander who convened the court martial.

Stirling said the judge himself should have known about the law, but cleared himself of wrongdoing and blamed Stirling instead. Stirling said he received a career-blunting letter of reprimand.

“I was on the way up. All my evaluations were outstanding,” he said. “I report the use of attorneys who are unlicensed, and the whole trajectory of my career starts to take a tailspin.”

He filed a whistleblower complaint, he said, but no one investigated it.

WATCH NEXT: When Booty Calls …