Gov. Gavin Newsom is withdrawing hundreds of California National Guard troops from the border in a rebuke to President Donald Trump 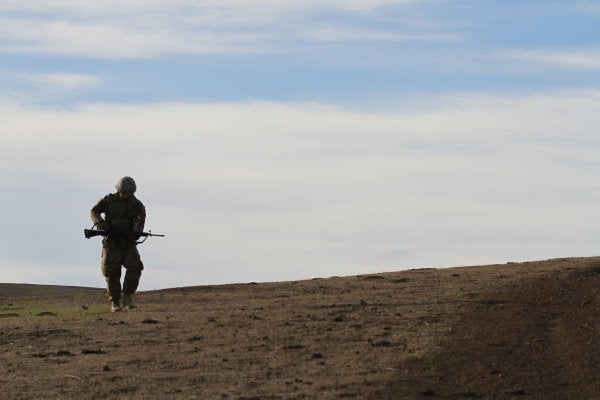 Gov. Gavin Newsom is withdrawing hundreds of California National Guard troops from the border in a rebuke to President Donald Trump.

Newsom's office announced the plan to sign the order in advance of the new governor's State of the State speech, which is scheduled for Tuesday.

According to excerpts from his prepared remarks, Newsom intends to criticize the president's “fear mongering” about immigration despite border crossings being at their lowest point in decades.

“The border 'emergency' is a manufactured crisis,” Newsom plans to say. “California will not be part of this political theater.”

In his State of the Union speech earlier this month, Trump blamed illegal immigration for straining the country's economy and resources. Trump also said it has increased crime, despite evidence that immigrants commit crime at lower rates than native-born Americans.

The Pentagon last week announced that it would send 3,750 troops to the border in coming months, where they are expected to install 150 miles of concertina wire and aid Customs and Border Protection, according to the Pentagon.

“The lawless state of our southern border is a threat to the safety, security, and financial well being of all Americans,” Trump said. “We have a moral duty to create an immigration system that protects the lives and jobs of our citizens.”

Brown, who is also a Democrat, insisted when he approved the deployment that California National Guard soldiers and airmen would not assist immigration enforcement.

Brown renewed the deployment order in September over objections from Democratic lawmakers who protested the Trump's administration's policy that resulted in the separation of migrant children from their parents.

Newsom plans redirect 110 National Guard personnel to help prevent and suppress wildfires in preparation for the next fire season, according to his office.

The rest of the 360 currently deployed at the border will be assigned to anti-drug operations. Some will stay at the border at points of entry to screen for illegal drugs.

The troops on the special border assignment were gathering intelligence to intercept street drugs and man cameras at and near ports of entry, Maj. Gen. Matthew Beevers told state lawmakers at an Assembly hearing last week.

“They are doing solely counter-narcotics operations,” he said.

Assemblyman Todd Gloria, D-San Diego, pressed him on whether the mission differed significantly from border assignments ordered by previous presidents. Beevers said it did not.

The general said National Guard soldiers and airmen had not used force in any way since the call-up. He said they helped seize $292.4 million worth of street drugs, such as methamphetamine and fentanyl, at border points of entry.

He also said their presence freed up 350 border patrol officers for other tasks.

Despite the limited scope of the assignment, court filings reported by the Voice of San Diego describe at least two instances in which National Guard troops assisted immigration arrests by alerting federal border patrol agents about people crossing illegally.

The order ending the assignment is Newsom's latest show of opposition to the Republican president, whom he frequently criticizes. In a Friday tweet noting Trump's proposed border wall is unpopular in California, Newsom said the wall would be “nothing more than a monument of stupidity.”