When emergency responders arrived on scene, Justin Andrew Hinds, 28, had already been pulled from the water by friends who were at the beach with him 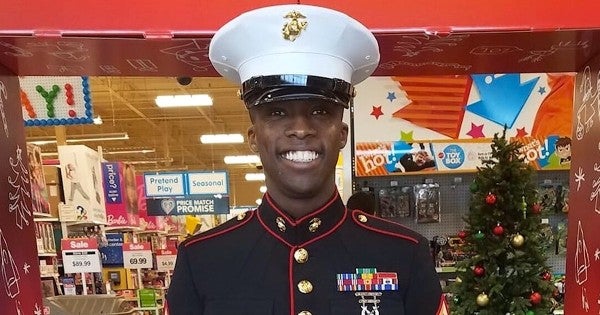 A Camp Lejeune Marine died Saturday while swimming in the ocean at Emerald Isle.

Emerald Isle police responded to a report of a swimmer in distress at 4:23 p.m. in the area of the 9100 block of the beach strand, according to a news release from the Emerald Isle Police Department.

When emergency responders arrived on scene, Justin Andrew Hinds, 28, had already been pulled from the water by friends who were at the beach with him. Life-saving efforts were initiated by Emerald Isle EMS and Fire Department personnel and Hinds was transported to Carteret Health Care, where he was pronounced dead by hospital staff, the release said.

Hinds was a Marine stationed at Camp Lejeune and from Avondale, Arizona.

Emerald Isle police did not release any further details about the incident but said yellow flags were flying at town beach parks, indicating a moderate risk of strong currents at the incident.

The National Weather service was reporting a moderate risk of rip currents. The winds were out of the southwest at 10 to 15 mph and surf conditions were reported at 3 to 5 feet.