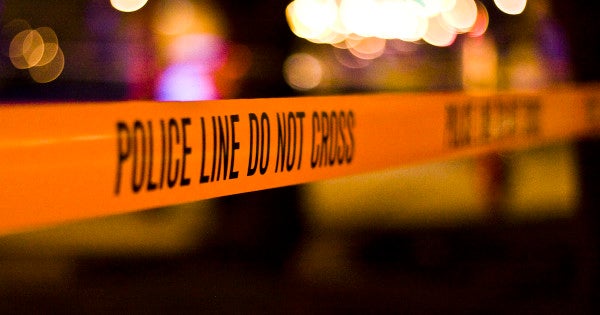 A Camp Lejeune Marine was killed over the weekend in a motorcycle crash in Georgia.

According to Georgia State Police, a trooper observed a driver of a motorcycle driving recklessly and weaving in and out of traffic on GA 3 near mile marker 16.

The driver, identified as Wyatt Lee Green, 21, from Camp Lejeune, failed to yield as the trooper attempted a traffic stop and initiated a pursuit.

GSP said Green continued to drive recklessly and ran off the roadway to the right, traveling down an embankment and overturning. There was no contact between the motorcycle and patrol vehicle.

Green died as a result of injuries in the crash.

“The Spartan family is extremely saddened by this tragic loss. Lance Cpl. Green was a valued member of our team and will be missed by all who had the pleasure of knowing him. Our thoughts and prayers remain with Lance Cpl. Green's family and loved ones during this extremely difficult time,” said Lt. Col. L.M. Stansberry, Commanding Officer, 2d Battalion, 6th Marines.

Green was on leave in Dalton, Georgia at the time of the motorcycle crash.

Green enlisted in the Marine Corps Delayed Entry Program in September 2015 and attended recruit training at MCRD Parris Island, S.C., in August 2016. Upon graduation of the School of Infantry-East in February 2017, he was assigned to 2d Battalion, 6th Marines.

His awards include the Good Conduct Medal, National Defense Service Medal and the Global War on Terrorism Service Medal.