The truck driver, who police had tried to pull over for a minor traffic violation, was also killed in the crash. 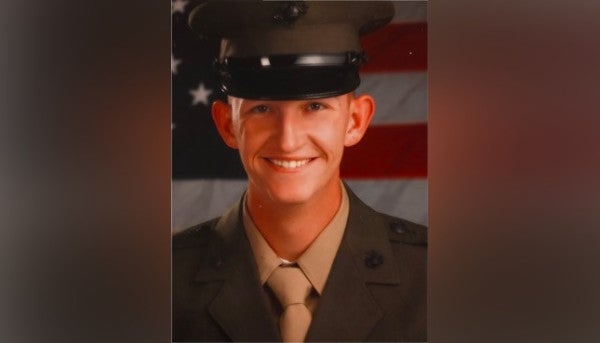 A Camp Pendleton Marine who was struck and killed on a Carlsbad freeway in a wrong-way, head-on crash with a pickup whose driver who had just fled from police was identified by the Medical Examiner's Office on Wednesday as a 19-year-old Utah man.

Matthew Ryan Adams was headed north in the fast lane Interstate 5 near the Las Flores overpass when his silver Pontiac Grand Prix was struck by a black Ford F-150 pickup truck speeding south in the wrong direction.

The violent crash, about 20 minutes after midnight Tuesday, also killed the pickup driver, who the Medical Examiner's office identified as 42-year-old Christian Zurita. His passenger, a 35-year-old San Diego man, was pulled from the mangled truck with major injuries, the California Highway Patrol said.

About 10 minutes before the deadly collision, Oceanside police had tried to pull over Zurita for a minor traffic violation near the city's harbor, but the San Diego man sped off, the police agency's spokesman said.

Oceanside officers chased the pickup as it headed north on I-5 to state Route 76. There, Oceanside police said, the driver turned back to I-5 and headed south in northbound lanes. Officers stopped the chase rather than go the wrong way on the freeway, the department spokesman said.

At the moment of the crash, Oceanside police were not chasing the vehicle in patrol cars, the agency said. The CHP also said it had not been involved in the efforts to stop the pickup.